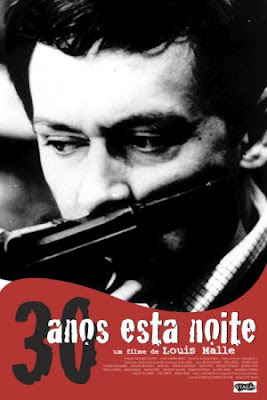 Adapted from a novel by Pierre Drieu La Rochelle, which had left a deep mark in Louis Malle’s mind, Le Feu Follet is generally regarded as the French auteur’s greatest masterpiece, and remains as a cornerstone in French cinema. A deeply affecting and an incredibly fatalistic piece of work, this is a bleak and downbeat chronicling of the last 24 hours in the life of a man grappling with profound and debilitating existential crisis. The protagonist in question is Alain Leroy (magnificently portrayed by Maurice Ronet), a 30-something alcoholic writer recovering from his addiction in a private rehabilitation clinic. Though his recovery is being paid for by his wife, the two are both physically and emotionally separated – she resides in New York, while he’s having an affair with her best friend. His doctor feels that he has been fully cured and is ready to leave, but he is still afflicted with depression and has been contemplating with thoughts about suicide. While on a one-day trip to Paris, he meets up with a former girlfriend (Jeanne Moreau), one of his best friends who is now comfortably settled in his bourgeois family life, and some of his former acquaintances who invite him to a lavish party, and during this he reassesses his dysfunctional life and comes to terms with the vacuum, hopelessness, and in turn, utter meaninglessness that define his existence. Brilliant B/W photography, exquisite vignettes of Parisian streets, the splendid and evocative score, and the wonderfully constructed narrative arc, added rich strokes of aesthetic beauty to this minimalistic, melancholic and humanistic examination of human frailty and loneliness.

Joaqim Trier's new film OSLO, AUGUST 31ST is also based on the same novel that Malle adapted for his extraordinary film, and I am happy to report that Trier achieved similar results with a film I must say ranks among the finest for 2012. This is that rare case where two films from different periods have hit the mark profoundly.

Wow, I wasn't aware of this Norwegian film you've made mention of. And your recommendation of it has just pushed it right at the front of my must-watch list - more so given the kind of stature that Le Feu Follet enjoys among cinephiles. Thanks a lot Sam for sharing this bit of info; on my part, I'll do my best to see this film as soon as I can. Thanks also for the appreciation.