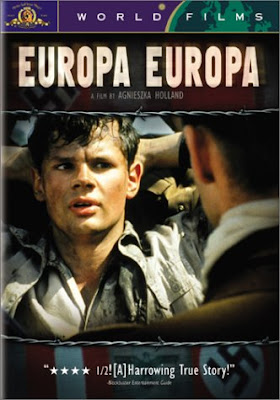 Truth, as the oft-repeated cliché goes, is stranger than fiction, and nowhere were elucidations of this truism starker than during the ghastly Nazi era when humanity had truly reached its nadir. The incredible survival story of the protagonist in Europa Europa –Polish filmmaker Agnieszka Holland’s smash classic – would have appeared fantastical and even ridiculous if not for the fact that it was based on Solomon Perel’s memoir, who’d escaped the Holocaust by masquerading as a Nazi. Solomon (Marco Hofschneider) moves from Berlin to Łódź with his parents after Kristallnacht, but he’s forced to escape when Wehrmacht invades Poland; and thus begins a series of spectacular episodes – getting shelter in a Soviet orphanage where he joins the Komsomol; identifying as an Aryan upon falling into Nazi hands where he earns a place for himself as a translator; inadvertently becoming a war hero, which earns him admission into an elite Hitler Youth military school. Ironically, he could have been fully assimilated into the Nazi order, but for an immutable aspect that set him apart, viz. foreskin, or rather, its lack thereof; and that, as Holland observed, essentially saved his soul; the disturbing implication of what might have entailed otherwise, especially if the war had ended differently, therefore, is worth pondering over. The film appeared goofy at times, albeit counterbalanced by the washed-out photography and minimalist score – but the picaresque elements, in a way, underscored the ludicrosity of those times. The darkly funny scene where the teenager has frenzied copulation on a train with a middle-aged rabid fascist teacher, who climaxes with exultant shrieks of “Mein Führer” since he shares his birthday with Hitler, was one of many delirious sequences in the film. 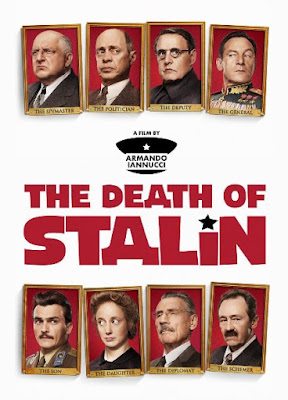 The sudden death of Joseph Stalin had led to the eruption of a complex and hawkish power struggle like few others, as multiple men of diverse dispositions, who were entangled in a delicate balancing act thus far in terms of fortifying their spheres without ever crossing lethal unwritten boundaries, moved in like vultures to fill in the vacuum. Adapted from French graphic novel La Mort de Staline, Armando Iannucci made the delicious, brutal, bombastic, trenchant, gleefully profane, stunningly prescient and magnificently crafted tar black political satire The Death of Stalin which jabbed at the absurdities surrounding personality cult, totalitarianism and Machiavellian maneuverings sparked by the dictator’s demise. Two camps immediately formed in this deadly game of one-upmanship – one is led by the sinister and menacing Beria (Simon Russell Beale), head of NKVD and Soviet secret police, who garners the support of Stalin’s meek puppet deputy Malenkov (Jeffrey Tambor), while the other is spearheaded by the wily and level-headed Khrushchev (Steve Buscemi), who consolidates the support of the shifty Old Bolshevik Vyacheslav Molotov (Michael Palin), who was in Stalin’s dreaded list of expendables, and the gregarious army head Zhukov (Jason Isaacs). The farcical film is filled with a series of hilarious gags and set-pieces laced with corrosive irony, whiplash wit and gallows humour, right from its opening sequence where a Mozart concerto is compelled to replay with a conductor in nightgown because Stalin (Adrian McLoughlin) asked for its recording after hearing it on the radio. Along with the delirious script cackling with mad unpredictability, it comprised of powerhouse turns by the ensemble cast, with the cherry reserved for Beale as the penguin-like Beria with the creepy smirk and oozing evil. 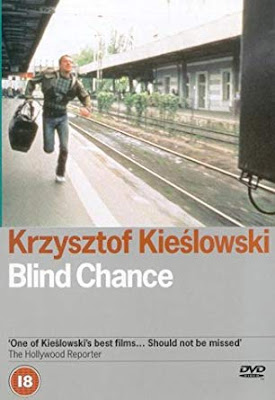 Before he transitioned into his distinctive aesthetic style, Kieślowski was a defiantly political filmmaker. Blind Chance, the transitional work between these phases, along with the hauntingly beautiful previous film No End, was the most politically bristling of the lot. It was also a fascinating concept film – a template to Tom Tykwer’s pulsating Run Lola Run – in how a person’s life gets shaped through seemingly innocuous external factors. The narrative portrayed three subtly overlapping versions of the future of a guy – Witek (Bogusław Linda), a medical student who’s taken a break to sort out his priorities upon his father’s death – based on the “hinge” of whether or not, upon a mad final dash, he succeeds in catching a train to Warsaw. In the morally complex 1st scenario, he catches the train and becomes puppet to Party bosses, only to inadvertently lead to the arrest of a dissident, liberated girl (Bogusława Pawelec) he’s in love with; in the 2nd scenario, he misses the train and slams into a railway guard, and the sequence of events leads to his joining underground Solidarity resistance, and falling for the older sister of a childhood friend; in the final scenario too he misses the train, but without any disrupting consequences, and he slides into a conformist, bourgeois, marital life. The external political forces, ironically, remained unaltered, which he reacts to in differing ways depending on the course his life has taken; things, however, end on a bleak note in all three tableaus – in disillusionment, despair and death, respectively. The washed-out photography, melancholic score and muted style added further layers to the film which, unsurprisingly, was suppressed by Polish authorities for 6 years, before a censored version was allowed to release.

p.s. This is a revisit. My earlier review of this film can be found here. 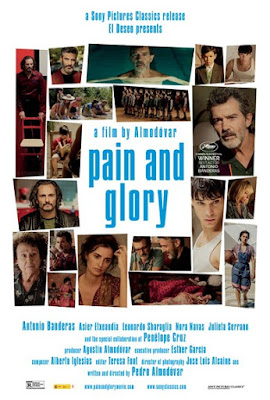 While Almodóvar’s films have often chronicled deeply personal tales rooted in post-Franco Madrid milieus, he possibly began transitioning from collective multi-character stories to focused individual ones, with Julieta. Suffused with memory, loss, melancholia and estrangement as in his marvelous previous film, Pain and Glory felt like a continuation of that possibly conscious shift. This impressionistic, confessional and introspective work also had strong autobiographical touches, thus making it even more personal. Antonio Banderas plays an ageing and reclusive gay filmmaker of great former repute – and with a striking resemblance to the Spanish maestro – for whom past and present have merged in his sense of being, on account of his inability to work due to debilitating physical ailments; an early animation sequence wryly provided a complete catalogue of his string of problems. Four people play key roles as he seems stuck in a stasis – memories of his ravishing and loving working-class mother (Penélope Cruz) when he was a precocious but impoverished kid; a young amateur painter who he’d once known; a bohemian actor (Asier Etxeandia) with whom he once had a fallout, who introduces him to heroin, and adapts his fiercely autobiographical monologue to stage; and Federico (Leonardo Sbaraglia) with who he once had a relationship in the heydays of 80s Madrid. The heartwarming reunion of the two aged former lovers was one the standout moments in this somber, restrained film comprising of stellar performances led by a memorably nuanced Banderas, striking visual schema, gently affecting score, and delectable meta elements. The cheeky final scene, where the flashbacks transform into a shot from a film directed by a now rejuvenated Salvador, provided an interesting dichotomy between actual and perceived personal realities. 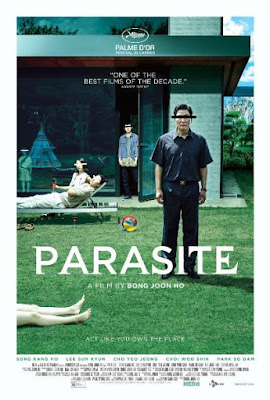 Consummate Korean filmmaker Bong Joon-ho has a penchant for alternating trenchant, darkly funny gems like Memories of Murder and Mother with metaphorical, big-budget extravaganzas like The Host and Snowpiercer. He didn’t just make a triumphant return to the immediacy of South Korean milieu after a decade, but also a fabulous one to the former category – suffice it to say, the one which I’m particularly fond of – with Parasite. He's crafted here a searing, eccentric, absurdist, pitch-black satire on the unsettling implications of thoroughly inbred class differences and the brutal potential consequences of ensuing class conflicts – a theme that’s universally relevant. The Kim family – slacker father (Song Kang-ho), grumpy mother (Lee Jung-eun), foxy daughter (Park So-dam) and sensible son (Choi Woo-shik) – live in a cramped basement apartment in a working-class Seoul neighbourhood, and eke out a basic survival through a mix of industriousness and street-smart. Hence, when fortuitous chance allows them a toehold into the lavish, modernist bungalow of the affluent Park family – icy industrialist (Lee Sun-kyun) who deplores the “smell” of poverty, his naïve and gullible wife (Cho Yo-jeong), and two kids – what follows is a simmering home-invasion tale that eventually and inevitably escalates into shocking mayhem. The allegorical representation of those who stay above the ground and those residing in the underbelly, and their fragile co-dependence, was reminiscent of Altman’s Gostford Park. Exquisitely enacted by the ensemble cast (Song was especially magnificent), the film was telling in the way the seeds of the eventual disaster are sown through societal complicity and normalization (linking the climactic outburst with Capote’s devastating masterwork In Cold Blood), and also in its glib portrayal by the media as just another act of senseless violence.