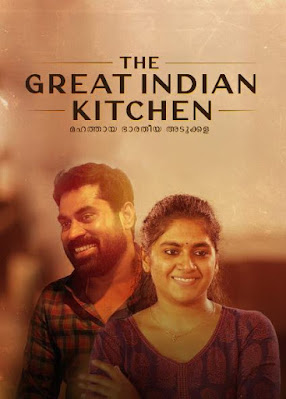 The most impish joke – and a darkly ironic one too – that Keralite filmmaker Jeo Baby pulled on unwitting viewers was cannily naming this film The Great Indian Kitchen. Furthermore, he began it by focusing, in all its gastronomical glory, the minutest culinary details of an Indian kitchen, with all its chopping, cutting, grinding, boiling, sautéing, frying, garnishing and whatnot – so much so that, those absorbing initial sections are bound to get an epicure excited. Before long, though, its incendiary themes started surfacing – viz. casual, inbred, entitled and toxic patriarchy, masculinity, misogyny, and the accompanying religious bigotry, which together define most of Indian middle-class – and the effect was undeniably lacerating, potentially more so on account of its commonplace nature and banality. The titular kitchen is part of the home of a conservative, well-to-do family that the protagonist (Nimisha Sajayan) – an educated woman and trained dancer – moves into post an arranged marriage with a school teacher (Suraj Venjaramoodu). Both husband and father-in-law appear to be mild-natured men; in fact, when the latter starts displaying his regressive traits, the seemingly tender but essentially slimy husband initially provides false comfort before starting to reveal his nasty sides too; and as she increasingly starts displaying quiet defiance by not letting go of her identity, thought-process and resolve, the more belligerent they become. Baby made striking use of repetitions, sparseness and progressive tonal buildups while meticulously underscoring the putrid drudgery that the wife gets sucked into amidst domestic and conjugal obligations. Terrific turns by Sajayan and Venjaramoodu made the sordid marital drama that much more provocative and incisive; and, by the time the movie’s climax approached, the director had emphatically transitioned into activisit filmmaking too. 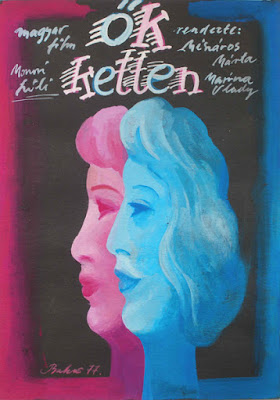 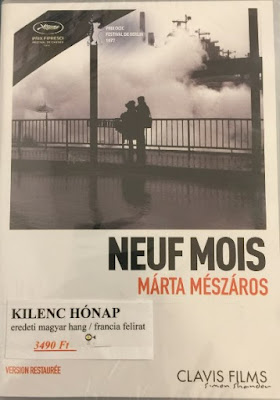 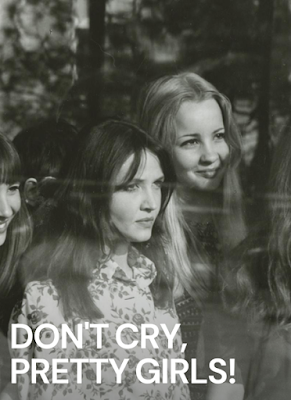 Márta Mészáros didn’t just make a stunning volte face with her third film Don’t Cry, Pretty Girls! – vis-à-vis the form and texture of her remarkable first two features, The Girl and Binding Sentiments – it perhaps remains a fascinating oddity in her overall oeuvre too given her love for restrained, understated and emotionally delicate portrayals. Breezy, lively, freewheeling, boisterous and even anarchic in its tone and flavour, and made in the form of an absorbing long-form music video – in a way renascent of A Hard Day’s Night – it provided a lovely homage to Hungary’s then counterculture movement. But, be that as it may, the jaunty tone, rebellious spirit, free love and zeitgeist were delightfully complemented with archetypal elements of her filmography – working-class backgrounds, quietly defiant women protagonists grappling with their desires and dilemmas, political subtexts, deep pragmatism – thus making this a Mészáros work alright despite the fabulous stylistic flourishes. The film followed a group of hip youngsters who work at factories during the day and attend throbbing Beat music gigs once free. Central to this gang is a gentle-natured young guy (Márk Zala) and his shy, soft-spoken, striking fiancée (Jaroslava Schallerová) who’re engaged even if their relationship is tentative at best; things, however, become teasingly complicated – and funny too – when she starts getting attracted to a dashing, debonair cellist (Lajos Balázsovits). Their ménage à trois – with all its saucy, neurotic silliness – and the ensuing coming-of-age were juxtaposed with a series of intoxicating, irreverent, poetic folk and jazz-based songs performed by Hungarian bands of that era. The lovely B/W photography – filled with strikingly composed tableaux, soft close-ups, gently roving shots, etc. – made the movie all the more sensuous, intimate and affecting. 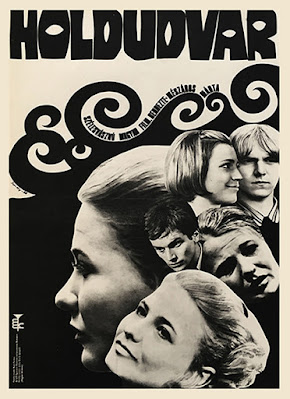