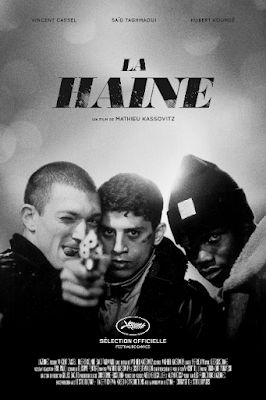 La Haine – which explosively highlighted the vicious cycle of hatred and violence, through a narrative that began and ended on a doomed note – lighted the fuse on a combustible subject in the French mainstream, by defiantly and provocatively displaying racial discrimination, ghettoization and atrocities by those in power against underprivileged immigrants and minority, thus further exacerbating their alienation. Unsurprisingly, its political and cinematic impacts were immediate and spectacular; it attained a cult status, sparking both adulation and controversy; it heralded the sub-genre of “Banlieue Cinema”, influencing a string of films, including Ladj Ly’s electrifying Les Misérables which was arguably its closest protégé; and it continues to be remarkably prescient in the way that it was brazenly reflective of real situations and predicated devastating flare-ups in Paris. The film chronicled, over a 24 hour period, the lives of three young friends and residents of a grungy, impoverished banlieue commune on the Parisian outskirts – Vinz (Vincent Cassel), an aggressive Jewish guy and loose wire; Hubert (Hubert Koundé), a weary black guy, boxing enthusiast and low-level dealer; and Saïd (Saïd Taghmaoui), a self-effacing and mischievous Muslim guy of Arabic descent – with the trio ironically depicted as “black-blanc-beur”. Set in the aftermaths of a deadly riot triggered by police brutality, we experience their outrage, weariness, hostility and disdain for cops, the middle classes, and neo-Nazi skinheads, as they venture into the city, face nasty racial attacks, amble along the streets, impudently crash into an elite party, chat, argue, fight and frolic, and inevitably walk towards a bleak climax. Kassovitz filled the movie – brilliantly shot in brooding B/W – with grit, poetic realism, underground hiphop culture, verlan vocabulary and striking interplay between the three actors. 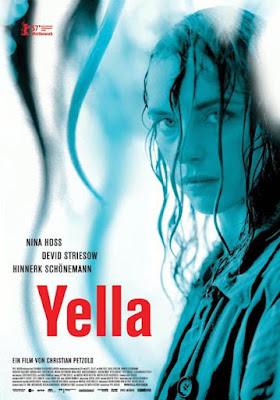 It’s fascinating to note the remarkable consistency in Petzold’s filmography, both in his thematic choices – clinical, and oftentimes metaphorical, deconstruction of contemporary German past – and tonal palettes – detached, understated, downbeat and unsettling. In the viscerally troubling Yella, he crafted a subtle, intriguing mix of realism and allegory for decidedly mordant commentaries on capitalism in action, the conveniently one-sided popular representations of the two erstwhile Germanys, and the fault-lines that remain post reunification. The stunning, ambitious and self-assured Yella (Nina Hoss) decides to leave the sleepy former East German town of Wittenberge for greener pastures in Hanover to take up a lucrative job offer and in turn flee from her obsessed ex-husband Ben (Hinnerk Schönemann) who she’d left after his business venture went south. Her journey to the West suffers two consecutive blows – Ben, while dropping her to the station, drives the car off a bridge; and then, upon somehow escaping unhurt and reaching her destination, she finds herself that the man who’d hired her has got fired on corruption charges. Fortunately a new vista opens up for her when Philipp (Devid Striesow), a high-flying venture capitalist who puts the screws on vulnerable companies, takes her on board after she displays rare acumen for exploiting those vulnerabilities. Though they make for a fabulous pair for a while – armed with spreadsheets and gamesmanship, and living in identikit business hotels – things take an ominous turn when it emerges that the volatile Phillip is skimming from his firm for a dubious side investment, leading to a startling denouement. Hoss was striking and brilliant as the doe-eyed, canny, guilt-stricken protagonist who glibly conflates a spare, bleak, over-sanitized atmosphere with the realization of her dreams. 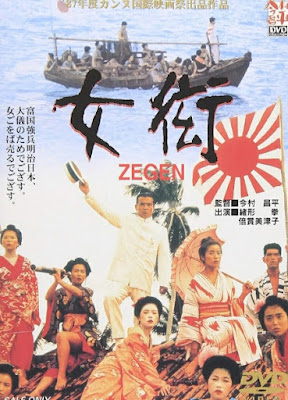 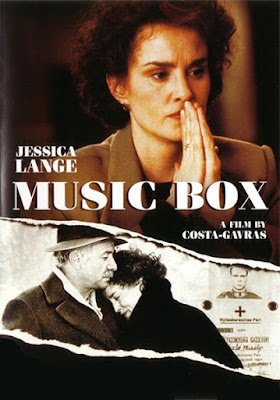 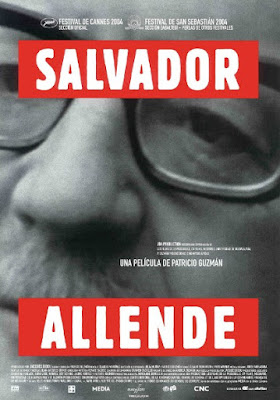 It’s truly ironic that Chile – which perhaps had the longest run at democracy, among all Latin American countries, over the 20th century – experienced its most egalitarian, inclusive, pluralistic and progressive President as its last elected head of state, before it too succumbed to the horrors of repressive, right-wing dictatorship. That Allende was a life-long Marxist, socialist and revolutionary – albeit, one who preferred the electoral route as opposed to armed rebellion – and emphatically anti-imperialist too, arguably hastened the demise of his life and Presidency. And yet, despite the short-lived tenure, he helped the working-class, peasants, leftist activists and intellectuals dream of a utopia and even briefly experience the euphoria of one, before it was violently destroyed from within and without. Guzmán formally marked the culmination of his 3 decades’ exile with this disquieting, elegiac and multifaceted look into the life and times of the revered gentleman politician who was enormously loved by the people, while disparaged by the bourgeoisie, reactionaries and the US government. The film – which was as an integral companion piece to the director’s landmark Battle of Chile, and reflective of his deep admiration for the man – covered Allende and the coup along multiple lines. We get to know about his political journey, personal facets and final moments from his daughters and friends; we hear about his legacy, audacious agrarian reforms and nationalizations, virulent oppositions he encountered and what perhaps he ought to have done differently, from former Popular Unity militants; we unequivocally learn about the American government’s noxious involvement from Edward Korry, the then US Ambassador to Chile; and these were juxtaposed with priceless documentary footage, and accompanied by an affective score and Guzmán’s wry, mournful voiceover.