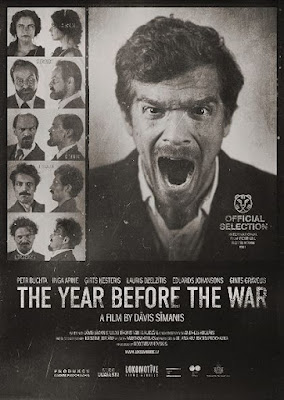 The gold standard for picaresque works centred on impassive and amoral protagonists – who drift through historical moments through a mix of lucky coincidences and ability to change political colours based on what’s expedient – have been, for me, the blazing Polish filmmaker Andrzej Munk’s Bad Luck and the towering Czech writer Bohumil Hrabal’s I Served the King of England, alongside, to a marginally lesser degree, Czech New Way giant Jiri Menzel’s adaptation of the latter novel. Latvian filmmaker and university professor Dāvis Sīmanis’ audacious, feverish, flamboyant and politically ambiguous movie is a fascinating addition to that list. He captured the singularly fragile point of inflection that Europe was in, in 1913 – with its nationalist hysteria, warmongering and violence – and which would soon explode into a devastating war engulfing and ravaging the continent, through formal bravura – it’s made in the veins of silent-era German Expressionism, through dazzling high-contrast visuals, disorienting compositions, chiaroscuro, and changing film-speeds – lacerating satire, bleak ironies, brash historical evocations and bold surrealist splashes. Peter (Petr Buchta) – a.k.a. Hans – starts out as a doorman at a luxury hotel in Riga, until he loses his job upon an attack by anarchists. The inscrutable anti-hero, thereafter, traverses across Switzerland, Prague, London, Vienna, etc. over this tumultuous year, has dramatic interactions with various historical figures – a hideously cartoonish Lenin (Lauris Dzelzītis), a sultry Mata Hari (Inga Siliņa), a lascivious Freud, a buffoonish Hitler –, and participates in defining incidents that literally triggered the Great War. While the film’s politics can be troubling at times, there were some striking displays of empathy towards the little people facing bigotry, brutality and discrimination at the hands of those in power that underscored its humanist core. 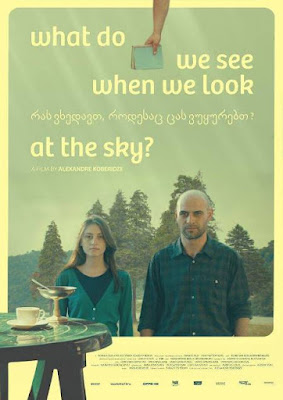 Alexandre Koberidze’s sophomore feature was a quirky, playful and charming ode to youth, flights of imagination, football, cinema and the ancient Georgian city of Kutaisi. It effortlessly operated in the intersection between endearing romance, magic realism and city symphony, through freewheeling infusion of humour, fantasy and whimsy. At the heart of this lilting film is a wistful, oddball romance between two soft-spoken loners. Medical student Lisa (Ani Karseladze) and football player Giorgi (Giorgi Ambroladze) bump into each other twice over the course of a day, upon which they agree to fix a date as they start experiencing the soft pangs of first love. However, in a curious twist of fate, they wake up the next day looking completely different (now played by Oliko Barbakadze and Giorgi Bochorishvili) and shorn of their vocational skills. And hence, while their plans go for a toss, in an ironic development they end up getting employed by an affable, middle-aged café owner who’s spectacularly unsuccessful in increasing his business, though not for lack of trying. As we hope for luck to shine back on these two lost individuals, we’re presented with a series of captivating digressions capturing the myriad idiosyncratic shades of the city – viz. the unique personalities of stray dogs, the tradition of watching football games which is amplified during the World Cup, people’s love for whiling time, a director’s attempt at filming actual couples, and the gentle ebb of life in general. Lovingly shot in saturated colours, set to an eclectic score that alternated between peppy and mournful, laced with deadpan humour, and accompanied by narration by the director himself, this film was imaginative, impish and uplifting, albeit tad frothy at times. 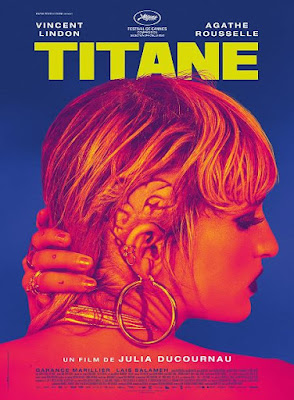 Titane is lurid, provocative, violent and outrageous, requiring complete suspension of disbelief; it’s also a trippy, edgy, visceral and thrilling ride, with surprising infusions of tenderness and fragility. Julia Ducournau’s incendiary work reminded me of early Cronenberg’s nightmarish techno-body-horror – Crash in particular, and Videodrome too, in their erotically-charged human-machine interfacing – and early Verhoeven’s punk-sensuality, along with explorations of gender fluidity, sexual transgressions, hypermasculinity, male gaze, and boundary-bending inorganic relationships which were Ducournau’s own. The deliriously extreme first half is set off with the asynchronously folksy “Wayfaring Stranger” and a car accident that leaves young Alexia with a titanium plate in her cranium and alien-like scars around her ears. Flashforward few years later, and Alexia (Agathe Rousselle in a scintillating, chameleon-like and ferocious debut) – introduced through a hypnotic tracking shot, to the electrifying beats of “Doing It a Death” – is an exotic dancer at car shows, whose writhing performances leave cuckolded men salivating. She harbours a devilish murderous streak that gets triggered by human intimacy, and an auto-fetish that leads to what has become a cause célèbre and leaves her pregnant. When the trail of bodies becomes unmanageable upon a darkly comical spree, she shape-shifts into an alternate gender identity – through DIY facial reconfiguration and body strapping – and becomes the long-lost son of a heavily grief-stricken, steroid-pumping firefighter (Vincent Lindon) in the film’s brooding second half. The delicate bond that develops between the two lonely, lost individuals – trapped in their respective netherworlds – was interspersed with an affecting slow dance to “She’s Not There” and a stunningly liberating solo atop a car – where else? – to a sexier rendition of “Wayfaring Stranger”. Eclectic electronic soundtrack, therefore, was integral to this brash piledriver. 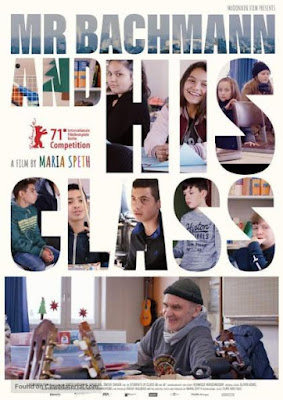 Maria Speth, in her remarkably expansive, quietly radical and deeply intimate 3 ½ hour documentary Mr. Bachmann and His Class, covered serious and urgent topics that’ve become enormously relevant today in a world fraught with right-wing populism, nationalism, majoritarianism, parochialism and religious prejudices – viz. embracing of pluralism and multiculturalism through acceptance and assimilation of immigrants from diverse ethnic and religious backgrounds, along with transparent discourses on discomfiting historical memories. But – and such is the quiet beauty and warmth of this big-hearted work – these complex political themes were never at odds with its profoundly personal and enchantingly unassuming nature. This foregrounding of everyday stories – organically enmeshed with the above themes through an unhurried, observational form – reminded me of Wiseman’s magnificent In Jackson Heights (and City Hall too), even if the scope was significantly more compact vis-à-vis the latter films. The setting here is a public school in the town of Stadtallendorf – where Nazis used slave labour for their war industry, and thereafter West Germany brought in “guest workers”, a euphemism for low-wage labourers who can be easily exploited by the capitalist market – where the students belong to blue-collar immigrant families from different countries and are struggling to get integrated because of social, cultural and linguistic barriers. Dieter Banchmann – an extraordinary, bohemian and rockstar teacher approaching retirement – imparts a progressive form of pedagogy where inclusiveness of diverse cultural backgrounds and socio-economic hurdles through music, transparent conversations, empathy and humour are as important as math and language skills. Speth, who’s known Bachmann since many years, followed him and his students – each of whom we get to know closely – for around 2 years for this immersive work with an underlying streak of resistance.