The 2010s, to paraphrase Dickens, was both the best of times and the worst of times – albeit, not necessarily in that order.

The decade, on one hand, witnessed the troubling acceleration in odious incidents and trends around the global – civil wars, rise of populist nationalism and neo-fascism, majoritarian tyranny and supremacism, refugee crises and accompanying xenophobic / anti-immigration attitudes, austerity measures, rampant neoliberalism and ever-widening of the classes, total invasion of privacy, and general erosion of human rights. And, if things couldn’t get any worse, it ended with a truly once-in-a-lifetime kind of an event, viz. the outbreak of a global pandemic.

Cinema too, unsurprisingly, was influenced, affected and indelibly shaped – both overtly and subliminally – by these complex opposing forces. And, if there weren’t enough, in these ten years – otherwise a blip in human history – cinema experienced tremendous technological, structural and sociological changes too –  from the mushrooming of multiplex to booming proliferation of OTT and streaming services, and from ever irreconcilable chasm between big production houses and micro-cinema to defiant representations and expressions of gender, culture, identity and politics.

Finalizing the list of my favourite films from the 2010s, therefore, did have the above contexts as its backdrop, as nothing – and certainly not the arts – can exist in vacuum.

A few quick statistics to conclude the verbiage: the 100 films are spread across 30 different countries (led by France, USA, South Korea and Chile) and are made by 75 different filmmakers (with 21 having multiple entries overall, and 7 within the Top 50 too); 2012 and 2018 are the best years overall, though superseded by 2019 and 2014 in the Top 50; and, at least 9 trilogies – wholly or partly – feature in the list. And, while I watched a shitload of films before making this list, including all the film of at least 20-odd filmmakers and many or most by numerous others, I had to stop somewhere; in other words, this isn’t a static list but one that will keep evolving and changing.

To cut a rather long story short, this is definitely not a definitive list of great films of the 2010s. Instead, these are ones that’ve resonated with me most among the few (make that many) that I watched, including a stretch of 8+ months – which begun just prior to the draconian lockdowns – during which I literally watched nothing but those from this turbulent, chaotic and strange decade. 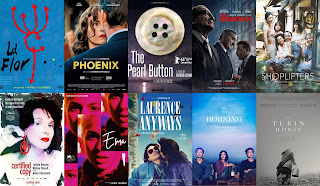 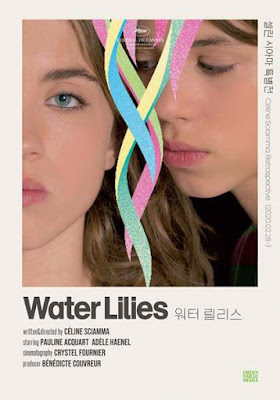 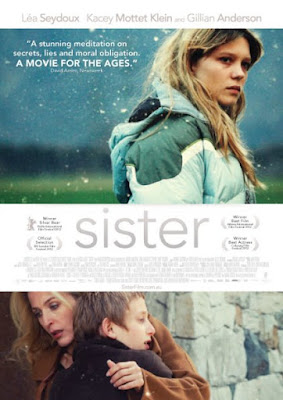 The physical distance between the blue-collar apartment block at the mountain base and the blockbuster luxury skiing resort up above accessible only by cable cars – in Ursula Meier’s edgy, incisive Swiss drama Sister – may’ve been a few kilometers, but the real disparity was far more humongous. Meier admires the Dardennes, and hence if this tale of an alienated working-class orphan forced to hustle in order to fend for himself – and filled with grungy, muted realism stripped of sentimentality – evoked a number of the veteran Belgian duo’s works, one wouldn’t be too far off the mark; however, that an Alpine resort – with its fairy tale allure for tourists – formed the strikingly atypical backdrop, ensured that this was neither derivative nor unoriginal. 12-year old Simon (Kacey Mottet Klein), a wiry, inexpressive, jittery pint-sized dynamite, lives with his older sister Louise (Léa Seydoux) at the said apartment block which looks like a granite sphinx erected in the middle of nowhere. Louise is impetuous, reckless and self-destructive; she disappears for days with random guys, is lusted after by the neighbourhood kids, and earns peanuts as a part-time cleaning woman. As a result Simon must earn in order to purchase basic necessities for both – and, not to mention, also because he hankers for her love and attention, the reason for which came off like a stunner later in the narrative – which he does by stealing expensive skiing equipment from wealthy tourists, and selling them to those who can’t afford them otherwise. Klein was like a live wire on a lighted fuse, and hence in the rare moments when his vulnerability got exposed, delicately laced the film’s gritty exterior with both pain and empathy. 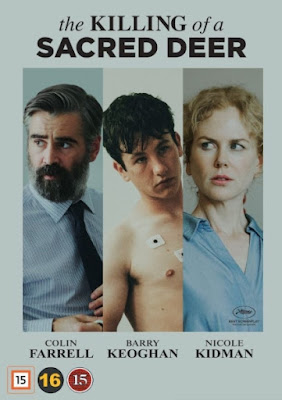 Lanthimos’ glum, pungent and ingeniously titled film The Killing of a Sacred Deer had a touch of stylistic continuity in terms of deadpan and absurdist social satires from his previous film The Lobster, before going for a flamboyant jugular with his next movie The Favourite. However, where the preceding dystopian thriller was darkly funny, gleefully oddball and viscerally affecting, this felt overly glacial, emotionally off-putting and even a bit aesthetically stilted. That, along with the fact that this too had at its center a cold, violent and sociopathic teenager, reminded me a tad of Stoker and We Need to Talk about Kevin, arguably the weakest works of Park Chan-wook and Lynne Ramsay, respectively. Fortunately, the pointed commentary on bourgeois hypocrisy and self-centeredness, the charged atmosphere, and the running weirdness of the proceedings, did make it worth a watch. Continuing with his collaboration with the Greek filmmaker, Colin Ferrell again plays a dour and placid middle-aged man with a hidden ability for unexpected action as Steven Murphy, a cardiac surgeon who lives a life of banality, routine and elegant luxury with his stunning, sultry and frigid wife (Nicole Kidman in a kind of role that she’s made her own) and their kids. Their carefully structured life, however, starts coming undone upon his growing acquaintance with a mysterious, unctuous teenager (Barry Keoghan) with a connect with his past and with a nefarious plan that would take the Murphy’s to violent repercussions and hence the brink of their brittle civility. Farrell and Kidman were good in portraying the gradual rapture of their meticulously crafted façade; Keoghan’s crazed turn, however, made his character thoroughly alienating, even if largely bereft of additional dimensions. 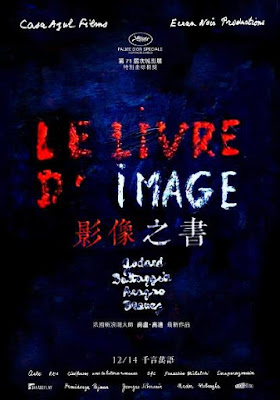 Avant garde, dizzyingly impressionistic, infinitely experimental, confounding, opaque, intellectually dense, eclectic, kaleidoscopic, discursive, freewheeling and infuriating too – Godard’s arresting audio-visual montage The Image Book is such a distinctive and defiantly unclassifiable work that the most pertinent epithet to summarize it is probably ‘Godardian’. The film played out along three different axes, viz. a barrage of socio-politically bristling ideas, a thrilling array of cinematic references, and – in defiance of the fact that he’s nearly a nonagenarian – unceasing formal playfulness. Its topicality is emphasized by some of the themes that are covered – wars, imperialism, colonial exploitation, horrors of the Holocaust, oppression of the Palestinian people, the complex role played by trains in both industrial progress and massacres, etc. – even if one can never be fully sure of everything or where he’s taking us to, in the way he even mixed real contexts with fictitious passages. The theme were juxtaposed and counterpointed with a hypnotic and beguiling collage of sequences from a string of works both renowned and obscure, including Aldrich’s Kiss Me Deadly, Keaton’s The General, Nicholas Ray’s Johnny Guitar, Hitchcock’s Vertigo, Pasolini’s Salò, or the 120 Days of Sodom, Gus Van Sant’s Elephant, etc., as well as few of his own too, like Le Petit Soldat. The above two facets were stitched together through a myriad video and tonal manipulations with the medium – hyper-saturation of images, abrupt changes in aspect ratios, superimpositions, etc., and not to mention the recurring haunting score, and the idiosyncratic narration by Godard himself in a hoarse voice, large sections of which weren’t subtitled – which highlighted his continued love affair with digital filmmaking, and thus underscoring his non-puritanical iconoclasm and re-confirming the vitality of his caméra-stylo.