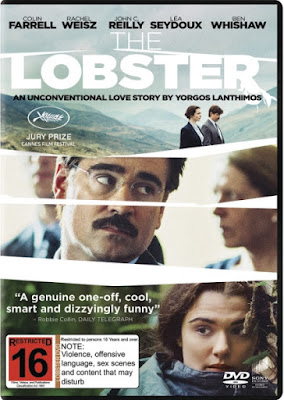 In the bleak dystopian future of The Lobster – Greek New Wave auteur Yorgos Lanthimos’ dry, brutal, wickedly funny and absurdist satire – choice is literally between the metaphorical frying pan and fire. Imposition of hyper-conservative conjugal and gender roles, interestingly, have been recurring motifs in dystopian literature – be it sex being solely for reproduction in Orwell’s 1984 or women serving as breeding vessels in Atwood’s The Handmaid’s Tale – and that, in a sly maneuver, was the theme here too. The setting is an unspecified future where anyone who’s become single must rush to find a new spouse, else be banished. David (Colin Farrel) is a mild-natured man who, when his wife leaves him for another man, is escorted to the Hotel where, like its captive residents, he must find a life partner in 45 days, or else – as he’s informed by the authoritarian Hotel Manager (Olivia Colman) – he’ll be transformed into an animal of his choice. There he befriends a lisping man (John C. Reilly) and a limping man (Ben Whishaw), and portrays himself as heartless to get into a relationship with a sociopathic woman in the nick of time. However, when his façade collapses, he escapaes into the woods and gets absorbed by the Resistance led by an equally authoritarian Leader (Léa Seydoux) who’s outlawed romantic liaisons; falling in love, therefore, invites dire punishments. He, however, gets involved in a relationship with the tale’s deadpan narrator (Rachel Weisz) who’s short-sighted like him. The darkly funny tyranny of “mandated matrimony” vis-à-vis “enforced singlehood” – and the biting commentary via these contrasting oppressions – may remind one of the extraordinary Her where the protagonist, to combat loneliness, falls for a self-learning AI bot.