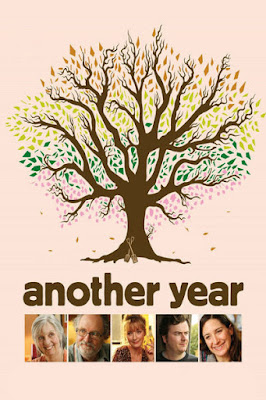 Nearly all great marital dramas – from Bergman to Woody, Cassavetes to Ceylan, Rossellini to Zvyagintsev, and Antonioni to Farhadi – tend to be about relationships in crisis. Mike Leigh’s charming, contemplative and heartwarming film Another Year, therefore, felt almost radical in its unwavering depiction of a long-standing, beautifully thriving marriage. One can almost find a bit of Ozu and Kore-eda in its lyrical storytelling, bittersweet tones and humanism – albeit tinged with kitchen-sink realism – despite being such distinctively different filmmakers. At its heart is a sixty-something ironically named couple, viz. Tom Hepple (Jim Broadbent), a geologist, and Gerry (Ruth Sheen), an NHS therapist. Theirs is an exquisitely symbiotic bond – they both deeply care and delicately complement each other; and while he has a dry, sarcastic sense of humour, and she can appear tad condescending at times, these facets made them even more wholesome as individuals. Set over the course of four seasons in a single year, their blissful existence – almost reminiscent of the initial sections in the two Charlotte Rampling vehicles, viz. 45 Years and Ozon’s Under the Sand, just that, unlike them, the Hepples' relationship never goes south despite all the human drama surrounding them – is juxtaposed against the few people who keep popping up at their lovely house in the London suburbs – Gerry’s awkward and neurotic colleague (Lesley Manville); Tom’s pensive, chain-smoking friend (Peter Wight) from student days; the couple’s genial son (Oliver Maltman) and his effervescent girlfriend (Karina Fernandez); and Tom’s taciturn brother (David Bradley) who’s just lost his wife of many years. Stellar performances by all – especially Manville – also deftly underscored a range of associated themes, viz. loneliness, grief, mortality and the desire for human connect.