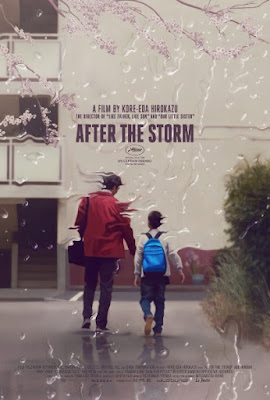 The thematic motif for most of Kore-eda’s films has been family in all its myriad hues and intricacies – broken (The Third Murder, I Wish), estranged (Our Little Sister, The Truth), dysfunctional (Still Walking), artificially assembled (Shoplifters), unresolved (Like Father, Like Son) – and his sublime, heartwarming and melancholic After the Storm remains yet another magnificent, albeit underrated, piece in his filmography. As much a tale of regrets, existential despair and inability to move on, as one of fleeting hope and little epiphanies, this delightfully understated gem was suffused with empathy, humour and blues. Ryota (Hiroshi Abe) is its thoroughly deadbeat protagonist – a once famous writer who’s been wallowing in self-pity for years in memories of that faded glory; his marriage to his stunning ex-wife Kyoko (Yoko Maki) has collapsed beyond repair, but he still loves her and even spies on her; he misses his recently deceased father with whom he had a volatile relationship; he’s been working as a private detective, fleecing money on the side from his clients; he lives in a dump and struggles to meet child support, which has led to increasing restrictions on his wish to spend more time with his kid son; and his only “normal” surviving relationsip is with his ageing, delectably idiosyncratic mother Yoshiko (Kirin Kiki) who lives in an aseptic condominium and, ironically, has found a new sense of freedom upon becoming a widow. And all these attained a semblance of fleeting reconciliation upon their getting stuck in Yoshika’s tiny apartment on a night of typhoon. In Kore-eda’s nuanced hands, and bolstered by excellent performances, there aren’t any blow-ups or blow-outs, but simply life with all its imperfections, failures and ordinariness.