(Cinemascope thanks guest contributor Ms. Camiele White for her latest contribution. This interesting article is on the Quay Brothers and Tarsem Singh, who have developed cult followings of their own. More details on Ms. White may be found below the post)

It’s been said that everyone has a twin roaming around this planet somewhere. Of course, sometimes those twins tend to be more than simply walking, breathing practices in physical congruency. What if, for instance, someone thought as you did, spoke as you did, had the same general understanding of the world around him as you? What a trip, right?

In the film world, while most major studios are on a never-ending trend of replicating scripts and storylines, there are a few with tickling bugs in their brains who happen to have a penchant for doing magic tricks with the cerebrum. This school of thought has found a resting place in two separate entities borne of two very different backgrounds. 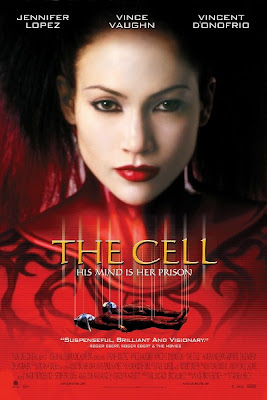 One of my favourite films of all time is The Cell. I had the grand fortune to see this film back in 2000 when it was first released. I’ve always had a wide open space in my heart for psychological films and this film promised to be that and so much more. On more than one occasion I found myself warped, senses tainted and thrown into disarray. What Tarsem Singh managed to create with The Cell is a world in which the mind is incapable of seeking solace in corners or soft shadows. His is a mind that’s rational to the point of madness, pinning down, as it were, your every sensory cell and transmogrifying you into a beast in his scripture. Without a doubt, he’s one of the most compelling directors to come out of the 20th century. All of his films follow in this vein --verging on self-indulgent, most certainly narcissistic. 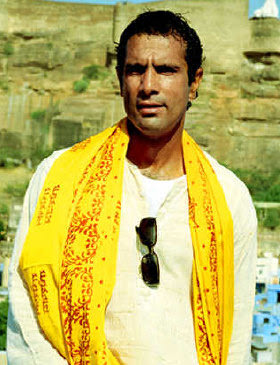 I was ready to proclaim Tarsem one of the most original, if not the foremost, directors of all time. His work on small and large screen has given him an almost indelible stamp on the industry, making him one of the most sought after, if not one of the most underrated, directors in the business. However, as the old wives tale alludes, Tarsem has his own psychological twin to compete with. Somewhere in the world, he has a Siamese replica, a reflection stitched to him as a bit of membranous thought and creativity that once witnessed can’t be denied. 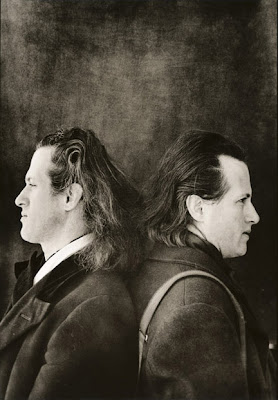 In fact, Tarsem’s double is a set of actual identical twins. In the early 80s, the Quay Brothers placed their stamp on the film world with their uncanny ability to get underneath the skin and do a dance as carnal as the perverse twitching of the mind of a sleeping schoolgirl. It isn’t so much that the techniques are complex – au contraire, mons amis. Their style is almost guerrilla, completely organic and unfettered with ostentation. One may go so far as to describe it as elementary. However, what sets the Brothers Quay apart is their sense of perception. They’ve managed to find the intricacies in natural movement and have augmented them to the point of combustion. 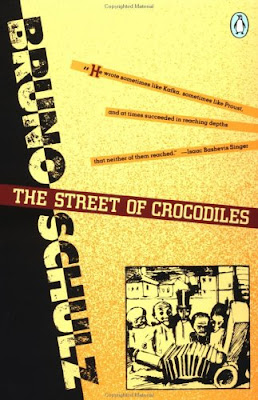 Using classic stop-motion, the Brothers Quay have stumbled upon a magnificent formula for making the simple more layered. Using household objects (old plastic dolls, push pins, buttons, etc.) they created one of the most bizarre films of the late 80s. Based on Bruno Shulz’s series of short stories of the same name, the short film The Street of Crocodiles transcended what folks were able to digest, even in the late 80s/early 90s, in which every media was heightened to its breaking point. It was a film that explored the existential crisis of existence, what it means to be living and breathing, walking a never-ending path towards a seeming oblivion. All very Maudlin and Morrissey, no? However, what separates this from the angst that was so en vogue at the time was its intelligence. No dialogue, no script, no human fallacy. It was probably one of the most cerebral films to come out of that era of high art, as it were.

When juxtaposed against each other, Tarsem and the Quay Brothers seem to follow a similar path to creation: find the details in the landscape and augment them until they’re ready to crawl into your body and create you brand new and part of the living masterpiece. Particularly, Tarsem’s The Cell pays a great deal of homage to the Brothers’ work. Most notably in the observation sequence in which child psychologist Catherine Deane is walking through serial killer Carl Stargher’s zoo of female victims.

It harkens to one of many scenes in The Street of Crocodiles in which our hapless professor is walking the streets of his delusions attempting to find his way out of his self-imposed maze. He trips a switch which in turn triggers the unveiling of a series of observation rooms. In it, we see baby dolls rigged to varying torsos dancing or genuflecting (I haven’t quite figured out which one yet). The cracked skin of the broken females’ matches in painful hue to the cracks one would see in a neglected doll (perhaps, then, that’s what we can glean from Tarsem’s effort – the female as a plaything to be broken into and explored).

Beyond The Street of Crocodiles lay hints of genius that is in the same breath unsettling and erotic. It’s something that marks the work of Tarsem Singh almost identically. In this world where everything is circular, it makes sense that at some stage the freak and fantasy of stop-motion would find its way in the living circus. Tarsem and the Brothers Quay share a bond that goes far beyond the sameness of the Hollywood jungle. However, being the arrogant animals that we are, we prefer to think of ourselves as individuals, superior in one area or another, completely unique. When we find our twin, in our rage we wrest the likeness from every limb of his body until we can build something so distorted that it defies the idea that there could ever be sameness between us and another. So goes the work of Tarsem Singh. While still maintaining the same human element as the work of the Brothers Quay, there’s something precise and exacting about his work that elevates it to something that, while often times “mainstream”, we as a visually immature audience are incapable of digesting fully.

All respect to the Quay Brothers for their innovation, foresight, and unparalleled understanding of form and function. This twisted sister pair helped give Tarsem a light with which to see the beautiful monstrosities of the human mind.

I have a keen interest in all things that shed light and colour in this dark and, at times, uninspiring world. I love film, all film --ranging from Japanese and Korean horror, to nonsensical action films. The one qualification is that it must, must entertain me. As much as I love watching film, I love even more to write about it. Right now, I get my jabberjaw jollies writing for Theatrical costumes. If you want to give me a buzz, I can be reached at cmlewhite at gmail [dot] com.

I've never seen The Cell, but the Quay brothers are among my favorite filmmakers. One thing I've appreciated about Street of Crocodiles on recent viewings is how on the one hand it seems to be completely oneiric, no real-world sense to at all just pure subjective irrational feeling and yet in many ways (starting with the "source material" if you could call it that) it's very much grounded in the human world.

I wrote more about it here:
http://thedancingimage.blogspot.com/2010/12/my-1-animated-film-street-of-crocodiles.html

Thanks a lot Joel for penning your thoughts on the Quay bothers. Well, I'm not as well acquainted with their works as Ms. White or you are. That said, I sure can appreciate the quality of their films through this piece & your comment.