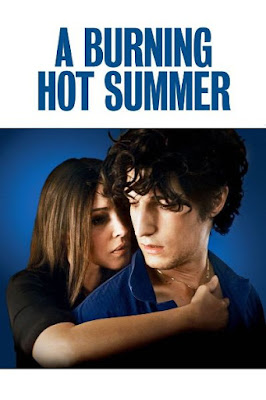 Those who lazily bifurcate Philippe Garrel’s filmography into those in grainy B/W and those in grainy colour, as a reductive means of placing the former over the latter, perhaps forget that his haunting masterpiece I Don’t Hear the Guitar Anymore emphatically belonged to the latter category. This non-logic has been used against the much maligned A Burning Hot Summer too, despite it being a quietly evocative and emotionally charged film laced with aesthetic austerity. The personal has always been political for Garrel, and such was the case here too in the way this intimate, self-reflexive work comprised of observations on male gaze, bougeoise hypocrisy, and the illusion of proletarian and sexual freedom. It’s narrated by Paul (Jérôme Robart) – in the form of a memoir – with him reminiscing about the time when he was a bit actor who’s just embarked upon a tentative relationship with the emotionally fragile Élisabeth (Céline Sallette) on the sets of a movie on the French Resistance against the Nazis. The prime focus of his recollections, though, is his friendship with Frédéric (Louis Garrel), a listless, well-off painter residing in Rome, and the latter’s tempestuous marriage to Angèle (Monica Bellucci), an irresistible, sultry and famous Italian actress; while Frédéric is contemptuous of marital fidelity, he’s – ironically – fiercely jealous of his wife’s smoldering sensuality and suspects her of serial promiscuity. Interestingly, Maurice Garrel, the director’s father, appeared in a cameo as Frédéric’s dead grandfather; further, Louis at that time was incidentally in a relationship with Italian actress Valeria Bruni Tedeschi who, like Bellucci, was 18 years older to him. The softly textured photography, laidback pacing and stunning formal rigour deftly captured the tale’s burning passion and lingering melancholy.