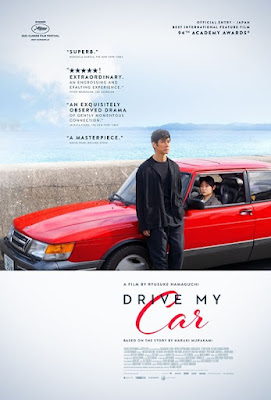 Ryûsuke Hamaguchi’s Drive My Car – the second marvelous adaptation of Haruki Murakami’s short stories in nearly as many years, after Lee Chang-dong’s ravishing and breathtaking Burning in 2018 – was a sumptuous, meditative and leisurely paced exploration of grief, memory, art, performance, deceit and being trapped to one’s past, through an immaculate restraint and understated melodrama. At its heart was an enigmatic and gradually unfolding friendship between two lost souls who couldn’t be further apart – in their socioeconomic backgrounds, dispositions and life’s choices – and yet bound by the complex, painful and unreconciled memories that they carry of someone they profoundly loved, on occasions hated, never fully understood, tragically lost and doomed to forever be haunted by. Yūsuke Kafuku (Hidetoshi Nishijima) is a renowned theatre director and veteran thespian who had an enigmatic marriage to the incredibly alluring and accomplished film screenwriter Oto (Reika Kirishima) – she would craft beguiling stories during coitus, made extensive cassette recordings to help Kafuku rehearse his lines while driving his cherished cherry-red Saab 900, and they loved each other deeply despite her chronic infidelity – and hence her unexpected death leaves him lonelier than ever. Two years later, upon accepting a theatre project that requires him to relocate to Hiroshima for a couple of months – in order to direct a multi-lingual adaptation of Chechov’s Uncle Vanya – he ends up forming a quietly fascinating bond with Misaki (Tōko Miura), a young, aloof and taciturn girl employed as his chauffeur, and they together embark on a liberating road trip. Gorgeously photographed, meticulously staged, suffused with repressed emotions and lingering melancholy, and filled with a few other intriguing characters too, this 3-hour film was at once expansive, immersive and intimate. 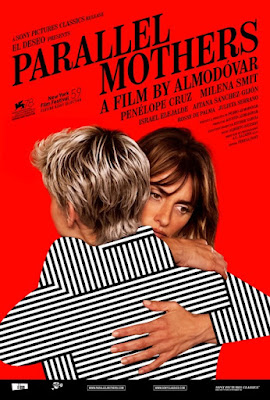 Fearless, radical and politically conscious writers, filmmakers and documentarians – from Primo Levi to Eduardo Galaeno, Carlos Saura to Theo Angelopoulos, Claude Lanzmann to Patricio Guzmán – have always told us that one must combat fascism and oppression not just in the present, but also in the past by defiantly refusing to forget. The act of remembering, in other words, is a powerful weapon. Almodóvar, who’s always sided with outsiders, misfits, delinquents, subversives and outcasts in his flamboyant, non-conformist and boldly transgressive filmography, decided to powerfully confront Spain’s murky fascist, Francoist past – which the country’s politicos had decided to obliterate with its “Pact of Forgetting” while transitioning into democracy, and which is finally being restored with its “Law of Historical Memory” – in his dazzling, sumptuous and richly textured melodrama Parallel Mothers. Janis (Penélope Cruz) is a photographer in her 40s who, like her mom, becomes a single mother upon an affair with a forensic archaeologist (Israel Elejalde), whose help she sought for excavation of a mass grave where men were murdered and buried during the Spanish Civil War. At the hospital she befriends pregnant teenager Ana (Milena Smit), who was raped at a rave party and whose mother (Aitana Sánchez-Gijón) is pursuing a career in acting. The lives of the ravishing, independent Janis and the rebellious, vulnerable Ana – brilliantly played by the respective actresses – become intricately entangled on account of their babies, and more so upon becoming lovers. The acts of confronting and addressing loss, unhealed wounds, inconvenient truths and troublesome memories – at both personal and national levels – therefore, were the key tenets which the Spanish maestro magnificently captured with sensitivity, sensuousness, passion, verve and through his quintessentially gorgeous aesthetic palette. 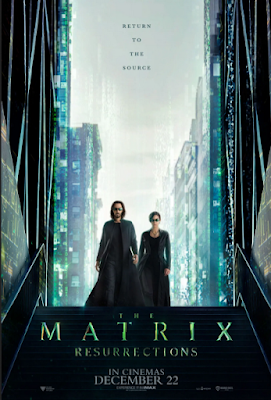 The Matrix and Terminator 2: Judgment Day, as I’ve maintained for long, were two films that provided such tremendous step changes to SFX in cinema – and so flamboyantly and organically too – that action movies thereafter have managed to only either mimic or rehash them despite significant technological advancements since then, but without even being able to equal their brilliance, let alone better. Further, with the ‘The Matrix Trilogy’ the Wachowski sisters had created a terrific cyberpunk pop-culture too. Hence, resurrecting the blockbuster franchise nearly 2 decades later came with its share of trappings (proclivity for wallowing in nostalgia, and the innate difficulty in doing anything new or fresh out of something as popular as this), and a few opportunities too (satirizing the franchise, and in turn Hollywood’s gluttonous love for vapid remakes and consumerism). But then, as Lana Wachowski cheekily quipped in The Matrix Resurrections – she went solo this time as director, without her sister Lily – Warner Bros. intended to have this made with or without them, and hence she might as well do it instead of someone else. Consequently, while it was an intriguing and impishly self-aware work, it was also a rather pointless exercise at times – especially once it descended into its been-there-done-that climactic sequences – that didn’t really provide any new filip to the series. Set 60 years later, it revolved around the dramatic reunion of Thomas Anderson / Neo (Keanu Reeves), whose memories have been reprogrammed and he’s now a successful but disoriented “blue pill” popping video game developer, and Tiffany / Trinity (Carrie-Anne Moss), who’s now a placid married woman with three kids, haunted by recurring dreams and with a continued love for motorcycles.