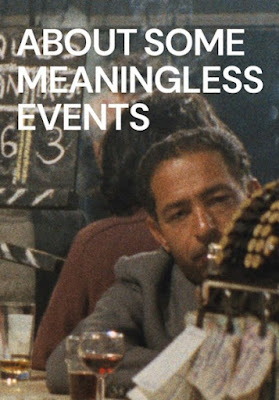 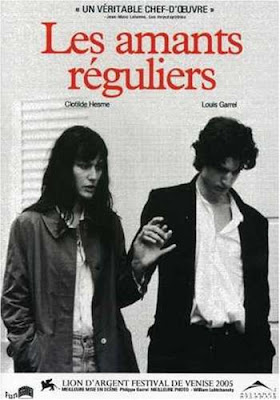 The May’68 student and trade union protests in and around Paris – which were spearheaded by radical dreamers, rebels and idealists, and had ballooned into a near-revolution – was such a dizzying, tumultuous and gloriously defiant period, that various filmmakers have delved into it over the years. While Godard (La Chinoise, Week-end, A Film Like Any Other, Tout Va Bien) has explored this period extensively, others – from Marker (A Grin Without A Cat) and Malle (May Fools) to Bertolucci (The Dreamers), Assayas (Something in the Air) and João Moreira Salles (In the Intense Now) – have covered it too. Garrel, who’d dived into it then as a young experimental filmmaker, took recourse to his lived experiences and memories for the sublimely tender, haunting, novelistic, meditative and achingly intimate Regular Lovers. The austere yet ravishing B/W photography, sumptuous but sparingly used piano score, and delicately understated tone underscored the brief moments of epiphany, stretches of bitter nostalgia and pervading melancholy. Set during the peak unrest and its immediate aftermaths, it follows François (Louis Garrel) – student and poet – who’s an active participant in the struggle against overbearing French authorities and willful draft dodger, on account of which he takes refuge at his anarchist friend’s flat. There, while discussing politics and smoking opium with fellow left-wing comrades, he enters into a doomed, passionate romance with Lilie (Clotilde Hesme), a beautiful and sexually liberated sculptor, that ends in devastating heartbreak. Louis – who played the filmmaker’s younger version with a deft touch, in his first proper collaboration with his father (he’d earlier featured as a kid in the stunning Emergency Kisses) – had ironically starred in the same year in the more popular The Dreamers which Garrel had disliked. 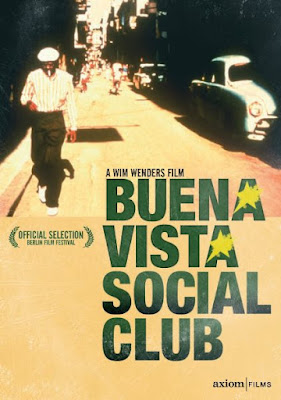 American guitarist and “roots music” exponent Ry Cooder, backed by World Circuits Radio, came to Havana in 1996 with the intent to cut a collaborative album between Cuban and Malian musicians. The latter, unfortunately, didn’t get a visa. Hence Cooder instead hunted down renowned Cuban old-timers – some of them retired, most at advanced ages, and nearly all completely forgotten from public memory – and made an exuberant son cubano, bolero and mambo album named after the titular long defunct club – that was once a haunt for black and brown artists – in what became a smashing, Grammy-winning international phenomenon. The eponymous Wim Wenders documentary, made couple of years after the album’s euphoric release that’d turned its performers into globetrotting stars at the twilight of their lives, is a work suffused with joy, nostalgia, zest, warmth, hints of melancholy and an abundance of musical effervescence. Wenders largely employed a conventional approach by alternating “live” musical performances – mix of jamming sessions and concerts – with talking head interviews edited into monologues. It was, however, bereft of expositional voiceovers and additional contexts beyond the interviewees’ stories, and that creative choice – along with the the sense of intimacy evoked through the candid, funny, lively monologues; the enthralling vitality of the performances at Amsterdam and Carnegie Hall; and Havana’s absorbing, laidback, crumbling, cigar-chomping atmosphere – made it an infectious ode to Cuban culture. The individual stories were especially arresting, covering silken crooner Ibrahim Ferrer who’d been reduced to shining shoes, legendary octogenarian pianist Rubén González who didn’t have a proper piano in a decade, nonagenarian vocalist and composer Company Segundo who wishes to father another child, vivacious prima donna Omara Portuondo, trumpeter Manuel "Guajiro" Mirabal,  et al.

Visit, or Memories and Confessions [1982] 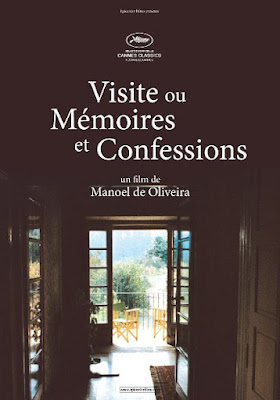 Aesthetically beautiful, architecturally elegant, resplendent, sprawling and with lovely views, while also warm, cosy, inviting and filled with ghosts of past and present, Portuguese maestro Manoel de Oliveira’s erstwhile Porto villa – where he’d lived for four decades but had to sell due to mounting debts – was something worth prowling about and soaking in. He’d made this at the age of 73 – perhaps contemplating mortality – and had instructed that it be publicly screened only after his death; but, as it turned out, he’d live till the grand old age of 106 – making a plethora of movies right till the end – and hence it remained hidden for 33 long years. The film, therefore, ironically served as a double farewell – one by the man reminiscing about the place he’d called home, and another by the world of cinema to this towering giant who passed away a month before its release. As this enigmatically titled work alludes to, it captures a mystical visit to this place, and explores the memories that it houses through candid personal, familial, cinematic, philosophical and political confessions. These facets, in turn, made it a beguiling, elegiac, lyrical and meditative tone poem, and cine-memoir which fluidly alternated between diary and essay film. It begins with two amorphous visitors – whose voices we hear offscreen but never see – strolling around the deserted, luxurious house while musing on it. Thereafter, while they keep interjecting in short intervals, we hear Oliveira speaking directly to the camera about his childhood, his wife Maria, his children, his father’s business, his infinite love for the medium, his arrest during the Salazar dictatorship, and a lot more, and which he interspersed with his collection of home movies. 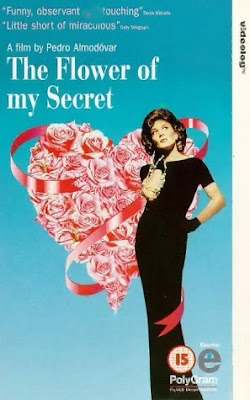 The Flower of My Secret was, by popular consensus, a tipping point in Almodóvar’s storied career – it roughly punctuated it into two halves (both in terms of timeline and count thus far), but more importantly it formally marked his departure from the kind of oddball, campy, lowbrow farce that had defined his filmography thus far, with more personal, matured, complex, stylistically dazzling and thematically diverse works thereon. Emotionally exuberant, assured juxtaposition of bold melodramatic splashes and lively comedic elements, flamboyant narrative arc, exquisite restraint, and deft infusion of an array of subtexts – from fragile relationship threads and how one’s identity can be both trapped and liberated by the secrets one keeps, to wry reflections on authorship – this remains a fabulous embodiment of the Spanish auteur’s prowess, even if it’s rather underrated vis-à-vis the string of masterworks that followed. Leo (Marisa Paredes) is a beautiful middle-aged woman on the verge of nervous breakdown – she pseudonymously writes popular but sappy romantic books, but wants to quit and publish a “real” novel instead; her senile mom (Chus Lampreave) and neurotic sister (Rossy de Palma) are hilariously at loggerheads; her marriage to her philandering military officer husband (Imanol Arias) is collapsing, while an affable newspaper editor (Juan Echanove) has fallen for her; and, her cook (Manuela Vargas), unbeknownst to her, is an incredibly talented flamenco dancer. Tremendous performances abound, led by the stunning Paredes; and there’s a magnificent flamenco performance too, featuring Vargas. Almodóvar marvelously complemented idiosyncratic characters and quirky moments with warmth, pathos and humour, layered with vibrant colours, immersive score and intertextual fun, including prophetic references to three of his future films (All About My Mother, Volver and Pain and Glory).