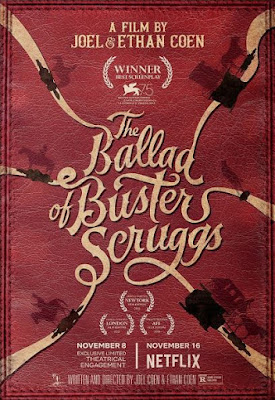 The Coens’ fascinating proclivity towards counterpointing pitch-dark world views with morality, and droll humour with brutal violence, have often seen them returning to Westerns – be it in its traditional form (True Grit), or in spirit (Western elements abound in Blood Simple, The Big Lebowski, Fargo, No Country for Old Men, etc.). The anthology film The Ballad of Buster Scruggs – seeped in meditative, brooding, melancholic and cynical interpretations of the quintessentially lonely, lawless and unforgiving West – was a distinctive genre exercise, but laced with the kind of revisionism that the eccentric bothers love. The film comprises of 6 shorts of varying lengths and diverse styles – a wacky and idiosyncratic outlaw (a hokey Tim Blake Nelson) whose melodic crooning masks his sociopathic gun-slinging (reminded me of The Proposition, which too brilliantly captured these seemingly opposing traits); a ludicrously unlucky bank robber (a deadpan James Franco) who keeps moving from the frying pan to fire; a glum, laconic traveling impresario (a feral Liam Neeson) whose objet d’art is an armless, legless guy (Harry Melling) who can recite from Shelly’s Ozymandius to Lincoln’s Gettysburg Address, in arguably the darkest tale of the lot; a grizzly, solitary prospector (an insane Tom Waits) obsessed with striking “gold”; a lonely woman (a sad-eyed Zoe Kazan) who finds tentative love while on a wagon trail to Oregon; a group of surly fellow-travelers in a stagecoach (a fabulous ensemble of Tyne Daly, Brendan Gleeson, Saul Rubinek, Chelcie Ross, Jonjo O’Neill) whose casual conversations turn increasingly testy and heated. Though perhaps lacking in consistency and cohesiveness, the Coens, in this harsh and gorgeously photographed film, never failed to evoke despair and wry chuckles in equal measures like only they can. 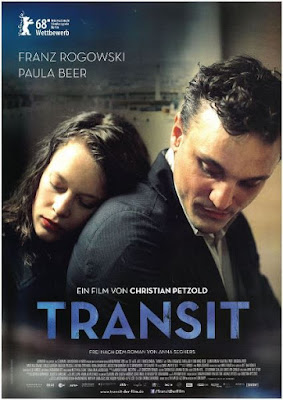 Transplanting a novel to current times while adapting it for the screen can be an interesting but tricky exercise. Jerichow, which was adapted to present-day Germany from James M. Cain’s hardboiled classic The Postman Always Rings Twice, was an assured effort, even if not at par with Visconti’s brilliant Ossessione or Tay Garnnet’s classic noir. With Transit – adapted from Anna Seghers’ powerful and trenchant tour de force, albeit to present-day Marseilles, and the final chapter in his trilogy also comprising of Barbara and Pheonix – Petzold made an austere, restrained, deeply existentialist and strikingly beautiful film. Set in a neo-fascist and heavily militarized Europe, Georg (Franz Rogowski), on the run for political reasons, stumbles upon the belongings (manuscript, passport, letter from his estranged wife) of Weidel – an author who’s committed suicide in a Parisian hotel – and with those he flees to the port city with the hopes of emigrating to Mexico. And thus begins four intertwined narrative strands – the Mexican Consulate mistakes him for Weidel, and he plays along; he becomes infatuated with the enigmatic Marie (Paula Beer), who’s in a complicated relationship with a forlorn doctor (Godehard Giese), while stuck to the memory of her husband Weidel; he develops an affecting kinship with an immigrant kid who’s the son of a dead comrade from the Resistance; and, he witnesses the darkly ironic stasis of people desperate to escape. The last aspect, borne out of Kafkaesque geopolitical bureaucracy, along with its darkly satirical ramifications – which were the most unforgettable aspects of the novel – was tad underplayed here; it nevertheless was a remarkably layered and complex film, laced with melancholia, fragility, political prescience, brooding fatalism, and a haunting, low-key score. 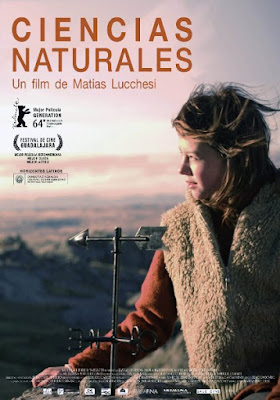 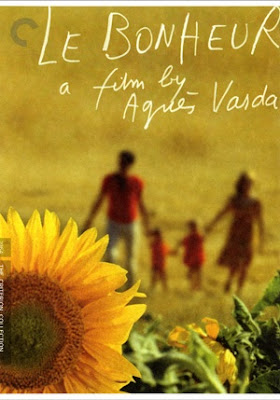 With Le Bonheur Agnès Varda made a delightfully ambiguous film on marital fidelity – a subject that has fascinated filmmakers from Bergman to Woody, Godard to Truffaut, Antionioni to Chabrol, Kubrick to Linklater, etc. She also made a dramatic break, stylistically, from her first two features, viz. La Pointe Courte and Cléo from 5 to 7, replacing the here-and-now realism in grainy B/W with a dazzling, dream-like and synthetic vision in saturated colours. In an interesting choice, Varda cast real-life couple (Jean-Claude and Claire Drouot) and their kids, as a happy suburban family comprising of François, a diligent carpenter; his beautiful, angelic wife Thérèse, who operates out of their cramped little home as a dressmaker; and their two adorable kids. Right from the idyllic picnic scene that the film starts with (picnics, in fact, act as a recurrent motif), along with the displays of love and casual lovemaking that they so seamlessly indulge in, their family seemed straight out of an old-world’s pet version of a happy and virtuous marriage. Things, however, take a different turn when François starts a heady extra-marital affair with Émilie (Marie-France Boyer), an attractive, independent-minded postal worker. To ironically complicate this further, when François informs Thérèse about Émilie, the wife, instead of flying off her handle, accepts it with unsettling placidity – that, along with the sunny, playful and enchanting visuals filled with a riot of colours and vibrant imagery, made the tragedy that follows and the circle back to an eerie normalcy thereafter, that much more disconcerting. This disarmingly sensual and deceptively pessimistic film can therefore be taken as either boldly radical or deftly conservative, and this paradoxical contradiction made it all the more memorable. 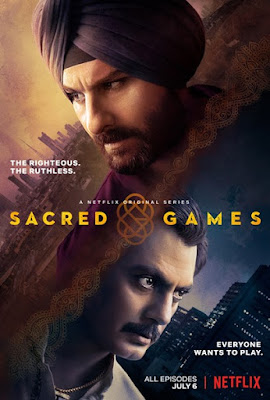 If Neflix India’s first original production, Sacred Games, is anything to go by, the American giant’s vision towards creating high-voltage, provocative original content, seeped in the Indian milieu, deserves appreciation. Adapted from Vikram Chandra’s epic novel, the 8-part TV series set in Bombay’s criminal underworld, had a sprawling and audacious scope, and reminded me of a couple of co-director Kashyap’s previous works in terms of its temporal arc, viz. his ambitious knockout combo Gangs of Wasseypur 1 and 2, and his gangster pastiche Bombay Velvet. The series followed two dramatically different narrative strands – in the grimy first strand, Mumbai cop Sartaj Singh (Saif Ali Khan), facing tremendous hostility from his colleagues for refusing to support police brutality, doggedly investigates the sudden emergence and mysterious suicide of former mobster Ganesh Gaitonde (Nawazuddin Siddiqui), with the help of his loyal constable (Jitendra Joshi) and egged by an ambitious RAW agent (Radhika Apte), but much to the chagrin of his crooked boss; in the second – and highly engrossing – parallel strand, the spectacular rise and fall of Gaitonde is chronicled, along with the changing sociopolitical and religious face of the metropolis, as he becomes a powerful mob boss starting with his takeover of the city’s garbage dumps, his blistering affair with transgender cabaret dancer Kukoo (Kubra Sait), his foray into Bollywood and even marital placidity, and the changing political dynamics that finally undo him. Multiple volatile themes – nasty religious chauvinism, gender identity, corruption, etc. – jostled for space in this bold, gritty and chaotic series, aided by an array of terrific performances (Siddiqui and Sait were especially smashing), deliberate pacing and an atmosphere that was moody, noirish and brooding, and packed with operatic violence, simmering sexuality, political defiance and pop-cultural references.