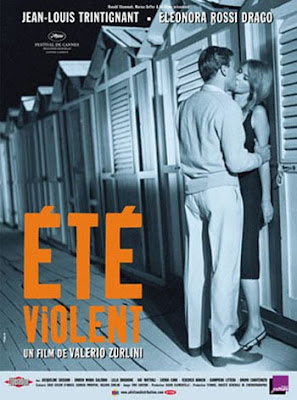 Italian auteur Valerio Zurlini remains a rather obscure filmmaker outside Italy – a shame if his remarkable second feature Violent Summer is anything to go by. An intimate and evocative portrayal of a doomed love affair at the backdrop of World War II, this is one of those rare movies that are easy to appreciate and fall in love with. Carlo (Jean Louis Trintignant), a young guy largely apathetic about the devastating war around him and who has been successfully dodging being drafted in the army courtesy his father who is a high-ranking fascist, whiles his days in mindless hedonism with his equally apolitical bourgeois friends, at a small beachside town in Mussolini-ruled Italy. His unspectacular life and his blasé attitude towards the turbulence surrounding him, however, take a dramatic turn when he meets Roberta (Eleonora Rossi Drago), the alluring and much older widow of a war hero and mother of a little girl who lives a subdued life with her domineering mother. Carlo, who is always slightly detached from his frolicking friends despite hanging out with them, is immediately attracted towards her, and before long, the soft-spoken lady too starts reciprocating – thus beginning a potentially dangerous affair that starts distances them from their closed ones. And, with the rampaging war threatening to devour around him, a “happily ever after” climax can safely be ruled out. Gloriously photographed in luscious B/W and set against a hauntingly beautiful soundtrack, this wonderfully enacted gem of a film remains a heartwarming, melancholic, psychologically affecting and very well realized work of art, with just the right dosage of political content to add layers to the tragic love story.

Though the name is vaguely familiar, I knew nothing about this film. Now I'm intrigued - thanks for this capsule. I'll return when I see it.

Interesting...it was actually already in my Netflix queue! Not sure when/why I added it, but now I've an added spur...

Haha, glad to know its already in your Netflix queue :) I loved this film, and I'd be really interested to know how you like it. By the way, I still wonder when the hell will Netflix come to India!

Good question. In the meantime, I'm bringing India to my Netflix ;).

So, in other words, you're bringing the proverbial mountain to Mohammed :D

Yes, nice to live in the Internet age ;)