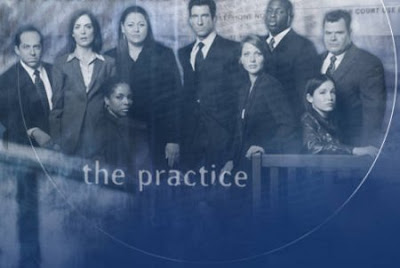 Created by David E. Kelly, The Practice surely ranks among the finest TV series of our times. The series, that lasted 8 seasons, chronicles the journey of a legal practice based in Boston that starts small, and through various events – both good and bad, grows into a criminal defense firm to reckon with. At the heart of the series are a string of exceptionally well-etched characters – Bobby Donnel (Dylan McDermott), the founder of the practice, a terrific defence lawyer and a loner by choice, who often finds himself grappling with his conscience; Eugene Young (Steve Harris), a brilliant street-smart lawyer with an almost implacable demeanour and a strong believer in the role of a defense attorney; Linsday Dole (Kelli Williams), a Harvard Law School graduate and an emotionally fragile person who gets married to Bobby with not-so-good consequences; Helen Gamble (Lisa Flynn Boyle), a sexy Assistant District Attorney, Lindsay’s college-buddy, and a relentless criminal prosecutor with a knack for cynical wisecracks, Jimmy Berluti (Michael Badalucco), an Italian-American who grows as a lawyer after his joining the practice, Ellenor Frutt (Camryn Manheim), a competent lawyer with a distinct apathy towards death sentences et al. The last season introduced us to the characters of Alan Shore (James Spader) and Danny Crane (William Shatner), unscrupulous but exceptional lawyers, who would head the cast of Boston Legal, the spin-off to this series. The best part of the series, apart from the immensely captivating legal cases, arresting opening and closing arguments and cross-examinations, and plot twists, was the way the characters were developed into real people of flesh and blood. Bobby and Eugene remain two of the most unforgettable characters, and though the acting was great by everyone involved, McDermott and Harris were especially amazing in their respective roles. The series has explored various themes including guilt and retribution, personal demons and redemption, legal ethics versus moral ethics, to name a few.

Loved The Practice except for season 7. My husband and I were going to give up on the show but gave it a second chance when they brought in some new actors. We were totally taken in by the character Alan Shore (James Spader) and watched every episode of season 8 and then every episode of Boston Legal.

Thanks for sharing your love for the series. Well, I agree there were up's and down's during the course of the 8 seasons, but on the whole I found Practice a marvelous tv series. And thanks for pointing out that typo, I've made the correction.