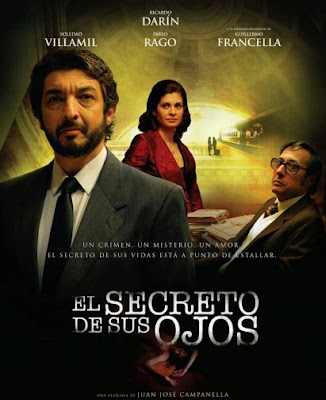 Like the powerful German film The Lives of Others has often been known as the film that defeated Pan’s Labyrinth at the Oscars, Argentine film The Secret in Their Eyes too is often known as the film that upset the applecart of Oscar frontrunner The White Ribbon, often considered Haneke’s masterpiece. A lugubrious, but never uneventful, film, this Argentine movie is at once a somber character drama and a captivating crime procedural with enough mystery thrown in to keel the audience guessing. A retired advocate is planning to write a novel of a 1974 rape/murder case at Buenos Aires that didn’t just change his life, but also of those surrounding him. As he takes his plans to the lady judge he’s always been secretly in love with, elaborate flashbacks are used to chronicle the long-drawn and murky chain of events, leading finally to a totally unexpected dénouement. While on one hand the movie pictures a deplorable state filled with government corruption, red tape, bureaucracy and the likes, on the other it paints the various characters, not just the protagonist, but also the judge he’s smitten with, his loyal but garrulous friend, and the husband of the dead girl pining for vengeance, and the slimy guy who committed the crime, in minute details along with their fascinating interactions. The movie boasts of incredible, layered and restrained performances from its principal actors – Ricardo Darin as the terse but unrelenting protagonist is especially brilliant. Though the movie seem long to many, rest assured, it would keep one, for most of its length, at the edge of his seat thanks to the excellent storytelling.

I didn’t like it as much as I thought I would. The ending was ambiguous, and the visuals nice enough, but I thought the rest of the story was fairly dull(and overlong) So, I think we disagree on this occasion. Maybe south american cinema is just not my cup of tea, who knows. Some cultures appeal to me more than others on film.

Well, saying South American cinema isn't your cup of tea might not be fair... who knows? Anyway, as for this movie, yeah, we happen to lie on contrasting sides. As my review said, I loved this film, and really hope that you give this movie another try... often a second viewing changes one's opinion of a film :)

I'm sure there are south american films I might like, I just haven't found them particularly appealing so far.
I also disliked Amores Perros, City of God. Like Water for Chocolate did nothing for me despite the praise.

I can think of 2 from that region I enjoyed, Motorcycle diaries and House of the spirits. And Central Station had a few good scenes. But none of them are my favourites.

I respect all people in the world, I just don’t feel I am compatible with the south american films, and hence don't seek them out too often. I guess you can't like everything. Does that make sense? ( :

Yes, it makes a lot of sense. In fact some of the films you mentioned are among my favourites. I'm a huge admirer of Ameros Perrors, and also liked City of God and Motorcycle Diaries (which you incidentally liked).

But then, despite watching world cinema, we sure are allowed to be human sometime :)