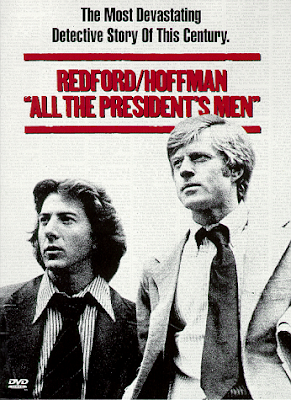 Alan J. Pakula might not rank among the most renowned filmmakers, but he sure had a few significant films under his belt - particularly, a few pertinent Watergate era films. And, All the President’s Men surely ranks as his single most renowned work. Made almost in the form of a documentary, the movie, based on the legendary account of Washington Post journalists Bob Woodward and Carl Bernstein’s unlikely exposé of the Watergate Scandal that ultimately led to the resignation of the then American President Richard Nixon, closely follows the activities of these two hard-working but seemingly unexceptional reporters, and their tireless strives against all odds to expose one of the biggest cover-ups of its times. Robert Redford and Dustin Hoffman, as Woodward and Bernstein, respectively, may not have given the most memorable performances of their respective careers, but they were both quite notice-worthy for capturing these two iconic journalists in such meticulous details. The director also ensured that the movie forms a zeitgeist of its times, and has used settings, attires, communication, etc. that reflect the era perfectly. Even the supporting cast of the movie was chosen extremely well and they do play immense roles in making this film such an iconic work of its time. And despite the knowledge of the ending, the suspense was quite well created and maintained, thus adding to its thriller-quotient.