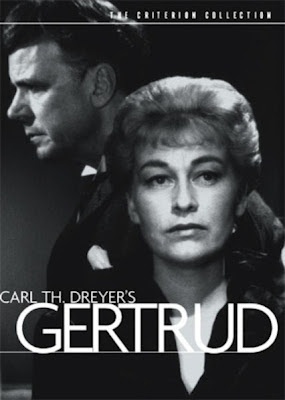 Gertrud, the final film of Danish master Carl Theodor Dreyer, served as a great swansong for him. Made nearly a decade after his masterwork Ordet, the movie, based on a 1906 play by Swedish playwright Hjalmar Soderberg, was greeted with open hostility upon its release, but its stature has only increased with time. Austere, sombre, philosophical, and filled with melancholia, this was an exquisite portrayal of the breakdown of marriage and one’s hopeless yet never ending pursuit of love and happiness. The titular Gertrud (Nina Pens Rode), a former opera singer, is a strong-willed yet forlorn woman who naively believes in the concept of true love overarching over every other detail in one’s life. Three men are in love with her – her husband Gustav (Bendte Rothe), an eminent lawyer transitioning towards politics, her former fiancé Gabriel Lidman (Ebbe Rode), a renowned poet, and Axel Nygen (Axel Strobye), a professor of psychology. She, however, is besotted by Erland Jansson (Baard Owe), a young concert pianist, who, unfortunately for her, doesn’t return her feelings with similar intensity and sincerity. The film begins with Gertrud matter-of-factly informing her husband of her decision to leave him, and that sets rolling a series of profoundly complex and deeply emotionally conversations between her and these men, which do not just leave deep impacts on them, but also makes the chasm between their outward fame and inner loneliness heartbreakingly stark. Very well enacted by the cast, and wonderfully photographed in atmospheric black-and-whites, the film is noted for its leisurely pace, verbose content and audacious long-takes – there are just 89 shots in the entire movie.

Yes the film's reputation, long in the shadow of THE PASSION OF JOAN OF ARC, DAY OF WRATH and ORDET, has increased in recents decades, and as youexpertly delineate, with very good reason! It's a compelling marriage of image and language. Excellent review!

Indeed, it ends up getting overshadowed by the movies you've mentioned while speaking of Dreyer. But, that said, its really surprising to read about the kind of derision, and even hostility, that it met with upon its release!