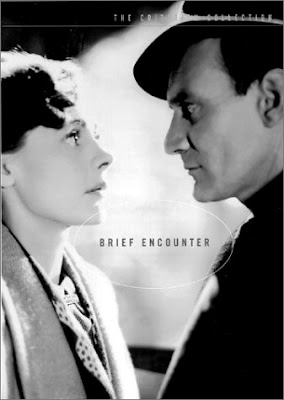 David Lean is mostly remembered as the maker of such grand and lavish epics as Lawrence of Arabia and Doctor Zhivago. But, unbeknownst to casual film goers, he also excelled in small-scale films – the case in point being this adaptation of a Noel Coward play. Brief Encounter doesn’t just rank among Lean’s most loved works, this British classic is also considered as one of the most romantic films ever made. Narrated completely in flashbacks, the movie chronicles the chance acquaintance and the consequent ‘brief encounter’ between two married individuals – Laura Jesson (Celia Johnson), the housewife to a caring husband, and Dr. Alec Harvey (Trevor Howard), a married and mild-mannered doctor. They meet in the waiting room of a railway station when Laura accidentally gets cinder in her eye, and they have a brief but passionate and memorable affair that they carry out on the sly on Thursdays. Not only was extra-marital affairs a taboo in British society back then, the two protagonists are shown as practical and sensitive individuals who do not want to destroy their respective families (more so because they aren’t really unhappily married), and hence prefer sacrificing their love instead – thus, as we are made to realize at the very beginning itself, the film ends on a tragic and poignant note. Though the clipped dialogue delivery of some of the characters can be distracting initially, this gloriously photographed and unabashedly sentimental film was quite a delight to watch.

One of the great masterpieces of the cinema, and arguably David Lean's most magnificent work in a career of treasures. The performances by Celia Johnson and Trevor Howard are in the pantheon of greatness, the use of Rachmaninoff is sublime and Robert Krasker's cinematography is ravishing. It's a poem of a film, and yes perhaps the greatest romantic movie ever made.

Thanks a lot Sam. Its really a strange thing that David Lean, who'd probably most remembered for his lavish epics made on grand scales, also managed to make a film with such simple yet poignant premise and that has, over the years, been ranked as one of the most romantic movies ever made. The performances, the cinematography, the score - they all added up to make this a really memorable watch.