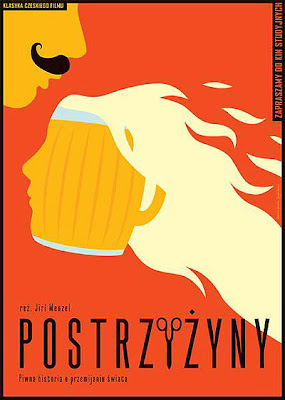 Jiri Menzel is a master at making movies that delight his viewers thanks to the light comic nature of the plots, as also make them think courtesy the utterly palpable socio-political commentaries. Cutting It Short, unlike his Closely Watched Trains, Larks on a String or I Served the King of England was decidedly low-key insofar as searing critiques or subversive humour go; nevertheless, the simple fact remains that it is a charming, whimsical, delectable and pleasantly erotic situational comedy with subtle social observations thrown in for good measures. Based on a story by the famous Czech writer Bohumil Hrabal, the fable chronicles the curiously funny events leading to his birth. Set in a small and peaceful Czech town, it tells the tale of how the idyllic life of a mild-natured man (Hrabal’s father), who’s a manager at a large brewery, and married to a beautiful, luscious young lady with a wide-eyed curiosity for life, gets tossed out of the window upon the arrival of his earthy, motor-mouth brother who has an incorrigibly loud voice and a penchant for ribald jokes. The film’s climax does have a socio-political subtext, albeit too subtle for non-Czech viewers; however, that apart, what truly stands out for the film is the sense of nostalgia for a time lost in space. The acting is marvelous throughout, bringing forth the idiosyncrasies of not just the characters, but also of the place and the era that the story is set in.

Beautifully delineated and glowingly assessed. My favorite Menzel is CLOSELY WATCHED TRAINS, but he's a director with a diverse agenda as we saw with KING OF ENGLAND. In assessing Czech cinema he is one of the absolute essentials!

Thanks a lot Sam. Yeah, Closely Watched Trains remains my favourite Mezel too; in fact, it remains as one of my favourite films, period. I loved his Larks on a String too. And, I Served the King of England was the first Menzel film that I saw - I'd seen it at a film festival, and that was the movie that made me deeply interested in his works. Menzel & Forman have indeed given us films that have immortalised Czech cinema.