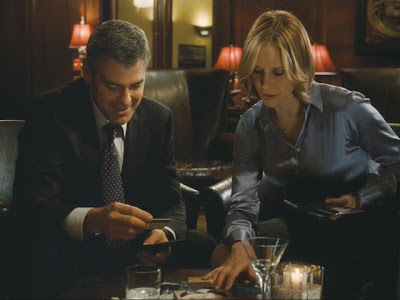 Jason Reitman attained instant popularity with Thank You for Smoking and widespread acclaim with Juno, but if you really think of it, Up in the Air might just be his most matured movie to date. Not that the other two weren’t good, in fact they were just as engrossing; just that his latest flick has a far more palpable soul than them. The movie starts off in the neat satirical tone that just grabs you by the neck and makes you pay attention to Ryan Bingham, a high-flying hatchet man whose job it is to aid in the downsizing of companies, who spends more time on the flight and elsewhere, and who is really happy with his isolated, detached existence. But then he ends up striking a casual conversation with a fellow traveler, and even though they end up in bed in real quick time, he finds himself slowly and surely falling in love with the lady. With the terrible recession as its backdrop, the movie is an affecting picture of the existential crises and loneliness of jet-setters with six-figure salaries. The shift in tone from satire to drama has been handled very well, and the performances of the two leads, George Clooney and Vera Farmiga, especially the wonderful chemistry they share, go a long way in making this movie a brisk, enchanting and warm-hearted tale of our troubled times.

I love this film a lot. One of my favorites of last year.

I'm not a fan at all, but so what? I'm a fool. So many have embraced it, and it wond a number of awards and was in Oscar contention. In looking at this superbly-penend capsule, I think your ending makes the best case for the film:

"The shift in tone from satire to drama has been handled very well, and the performances of the two leads, George Clooney and Vera Farmiga, especially the wonderful chemistry they share, go a long way in making this movie a brisk, enchanting and warm-hearted tale of our troubled times."

Sam, I respect your opinion and absolutely your stand. I strongly believe that one shouldn't praise a film just because of the reputation and/or popularity that precedes it, and I hence I really appreciate your stand - that I believe is the principal differentiator between a discerning cinephile like you (and hopefully me too) and an average movie goer. Thanks a lot for the good words.

I’ve recently discovered your movie blog while blog hopping, I’ve become a follower, and I look forward to revisiting.
I would appreciate it, if you, and others, would become a “follower” and/or link on your site to my new movie + music blog, just to help get it going: http://moviesandsongs365.blogspot.com/

We can help each other discover new movies that we might not otherwise have heard of ( : I also love many foreign and independent movies ( :

About 'Up in the air':
I only liked the last half hour of 'Up in the air', not a big fan of Clooney. I've recommended 'Thankyou for smoking' (and 'Juno') on my blog by director Jason Reitman.

Thanks for visiting and for deciding to follow my blog. I'll also do the same. Hope we form a long-lasting comradeship at blogosphere.

Well, I do like this film and found it a relavent piece on the current state of cold corporations with little regard to people and their lives. I know some folks feel Clooney was just being Clooney but I thought his gave a convincing performance. Actually one of my favorite films of 2009.

I too felt a certain fondness for the kind of existential crisis that is at the forefront of the movie, cos I too at times feel existential crises similar to his. Moreover, I could directly relate to the kind of coldness with which people get fired cos I've known a few people who faced similar fates during the recession last year for no apparent fault of their's.