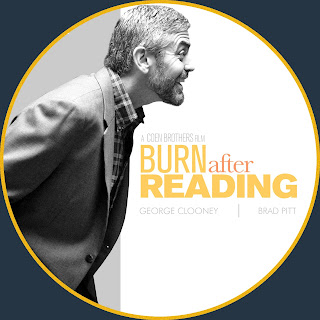 Rarely, if ever, would you find a volte-face such as this in the world of cinema. Coen brothers’ follow-up to the grim, violent, dark and brooding No Country for Old Men is as different from it as the proverbial chalk is from cheese. An immensely entertaining movie and an exceptional work of farcical comedy, Burn after doesn’t just poke fun at the Intelligence, but on the intelligence of the average Americans as well. The brothers nearly revel at their pointed jabs and devilishly clever observations. Comprising of a motley of some of the most whimsical plot developments and idiosyncratic characters, this movie is a treat to watch, though even the viewers are a butt of their deftly construed situational jokes. And the best part of the movie is that it is never didactic or forced in its satires, cynicism and parodies; it is funny, piercing and delectably nihilistic, though, I’m sure, immensely misleading for those uninitiated to or unprepared for the Coen’s brand of humour. Fabulously enacted by its dream cast of George Clooney, Brad Pitt, John Malkovich and Frances McDormand, based on a plot that is oh-so-gloriously labyrinthine (a Coens’ specialty), and magnificently edited to have all the mad-cap twists played out at just over 90 minutes, the movie is a smart, memorable and deliriously funny exposition of its brilliant yet succinct caption, viz. “Intelligence is relative”.

This too ....
Now i really need to know the source, you're based in Calcutta right?

Hey! would you please incorporate Luc Besson, to your respectable lineup...I'm a huge admirer. Also David Lynch (half-hearted)an appeal, i'm yet to digest his one's, guess i haven't grown the stomach yet. I would be very pleased if you undertook the responsibility to review them....(i know I'm making this sound very herculean, a task, maybe because to me they are!)
Oh and not to forget the great Almodovar.

Thanks for the suggestions.

Almodovar has been there on my mind for sometime now. I even managed to get hold of some of his movies. The only thing that needs to done now is to watch them. I guess I shouldn't procrastinate any more.

As for Lynch, I've seen his Mulholland Drive, and I really liked it. I guess its time I ventured to his other movies as well.

Same for Luc Besson, with Professional being his only movie that I've watched (& yeah, it was a really cool movie).

watch 'The last combat' Besson's genius lies in the execution, really, there's no plot as such...
By the way, I'm awaiting 'Benjamin Button's' review.

I am yet to digest his taste of caustic comedy, but none-the-less, it was a great watch! Finally, you can watch how some people calling themselves a superior race, goof up big time, in the name of Intelligence, espionage and the clandestine workings of the notorious Agency!

@Adrenaline - I'll surely give it a try if i can get hold of it.

I though you were a fellow cynic. As far as i'm concerned, i prefer black comedies over their more lighthearted counterparts. And the Coens are indeed the man for it.