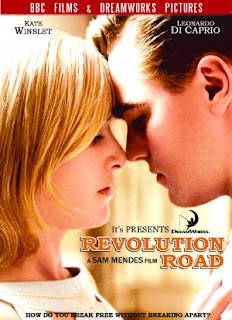 Leonardo Di Caprio and Kate Winslet have come together after a gap of over a decade for this Sam Mendes movie. The two lead actors, too, have come a long way since then. Revolutionary Road, however, is as far removed from Titanic, as the characters of the two protagonists here are vis-à-vis the James Cameron blockbuster. Mendes, who made a scathing attack on the hollowness of ‘American Dream’ in his astonishing debut movie American Beauty, has chosen marital malaise in 1950s as his subject matter. But where the former was a mordant, black comedy, the tone here is grim and desolate. And quite like Little Children, the perfectly manicured façade of an upwardly mobile suburbia has been ripped apart with clinical efficiency. Leo is exceptional in his intense and psychologically layered portrayal of a seemingly adventurous guy who, in essence, is a closet conformist. Kate, too, is nearly as good in her restrained performance of a free-spirit woman trapped in an eventless marriage. Micheal Shannon, who made tremendous name with Shotgun Stories, has given an explosive and fearless turn in the otherwise two-dimensional and slightly misplaced character of an unstable mathematician who dares to defy societal hypocrisy. The powerful script and the assured ability of the director have ensured that the movie is never a laborious watch despite its heavy content.

I liked the film but kinda felt Mendes deliberately cuts to the drama. The events don't occur organically, but are so harsh and sort of rushed up.

Well, i don't think that's fair. I felt the flow to be fairly consistent with the basic intent of the plot.

3 good performances but I felt the theme was a yawner causing my eyes to roll from time to time. The kind of film made for the Academy more than the general moviegoer. Did Mendes make Little Children? I liked that movie.