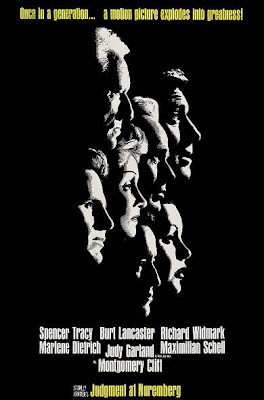 Stanley Kramer will always be known by his single finest achievement – the faux docu-fiction Judgment at Nuremberg. The film, a fictionalized account of the trial of four high-profile German men of law during the Nazi regime, was based on the Judges’ Trial, which was a subset of the Nuremberg Trials. Kramer resorted to mostly a matter-of-fact tone, with just the right amount of melancholia at various interjections, to direct our attention towards a number of complex issues deftly, and reasonably impartially, dealt with herein – can you punish a judge for upholding the law of the land or punish a soldier for obeying the orders of his superiors, or for that matter, hold the entire nation morally responsible for the acts committed by a few? The film’s spectacular all-star cast comprised of – Spencer Tracy as the mild-mannered chief justice presiding over the trial and the moral backbone of the story; Burt Lancastar as a revered intellectual and the most renowned of the four defendants; Marlene Dietrich as the widow of a former high-ranking Nazi officer striving to prove to the world that Germany isn’t a synonym for Hitler; Richard Widmark as an emotionally intense prosecuting attorney who would have indicted the entire nation if he could; Maximilian Schell as the shrewd defense attorney; and Judy Garland as a witness for the prosecution who had been used as a bait to punish a non-Aryan man she was close to as a teenager. The acting was uniformly excellent throughout, but the most unforgettable of the lot was Montgomery Clift as a deeply wounded and dim-witted man who had been sterilized for political reasons – he was implosive and emotionally devastating in his short role.

Whether or not this is Kramer's best-directed film Shubhajit, is still an open question, but I'd say it's a strong choice. THE DEFIANT ONES, INHERIT THE WIND, SHIP OF FOOLS, IT'S A MAD MAD MAD MAD WORLD and the grossly underrated BLESS THE BEASTS AND CHILDREN would definitely be in this mix. You are quite right here to take note of the sensational cast, of which Maxililian Schell (who won a well-deserved Oscar) give the showpiece turn as the defense attorney. While he was tops, I agree with you that Clift (and Lancaster) were quite excellent among the others. The matter-of-fact tone who speak of here really worked to the film's advantage, and while some argue it's dated, the film still packs an emotional wallop. Great piece here!

Yes, whether or not this was Kramer's best work might be a matter of debate; and it might also be unfair of me to make a statement like that since I'm yet to watch a number of his other films. But, I guess you might agree if I change the statement to - this was arguably his most famous work, and the one he'll probably be remembered by. One thing that I didn't mention in my review which I quite liked about Kramer's inventiveness - the sudden zoom-in that he used to dissolve the language barrier while Schell was in the middle of his opening statment - that was a really smart movie methinks.

Perhaps it would have been better had some of the speeches been cut slightly short. But yes, it still does pack an emotional wallop, as you aptly remarked.