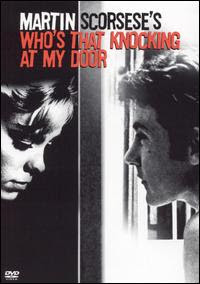 If anyone has any doubt regarding Scorcese’s place in the pantheon of cinema’s greatest directors, one need not look any further than the American auteur’s first feature after graduating from film school. A low-budget, deeply experimental New York-underground docu-feature, shot in grainy inexpensive black-and-white film stocks, and relying more on ad-libs, improvisation and pulsating sound track than on a well-defined script, the powerful human drama has managed to achieve high artistic value and realism. The movie comprises of themes that would recur in many of his later masterpieces, viz. religion, moral ambiguity, guilt and redemption. Hervey Keitel, as the Italian-American protagonist and the director’s alter ego JR, who has clear moral demarcation between "broads" and the girl he wants to marry, has given a sterling performance in his one of his earliest efforts. Despite the dream sequence containing graphic nudity that the distributor forced the director to include, for cinephiles like me the movie will always remain special for kick-starting Scorcese’s fascinating cinematic odyssey.