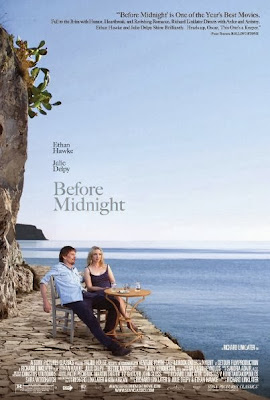 In Before Sunrise, Jesse (Ethan Hawke) and Céline (Julie Delpy) were youngsters filled with hope and idealism; in Before Sunset, when they bumped into each other 9 years later, cynicism and maturity had set in; and now 9 years later in Before Midnight, we find that their connect has taken the logical course towards matrimony. Linklater, in a masterstroke, divided the film into diametrically opposite halves from tonal standpoints – a ‘happy’ first half, and a ‘bitter’ second – and in the process brilliantly portrayed the complex relationship between love and marriage. In Greece on vacation, we see the couple enjoying a lovely light-hearted day with friends, and, having closely followed their journeys, we feel that these two independent minded people, who had displayed such instant chemistry in the earlier films, are in a state of conjugal bliss. However, as soon as they are alone in a hotel, things start going south, the indications of which had been actually provided earlier, albeit subtly. Her indecision about a job prospect and his guilt conscience on account of missing out on his teenage son’s growing up lead them towards increasingly ugly and vitriolic arguments. Even though the film ended on a heartwarming note we realize that their marriage has possibly reached its expiry date. Both Delpy and Hawke hit all the right notes as her emotional vulnerability and deep-rooted insecurity, and his coldly logical nature and regret for past failures, reach blistering loggerheads. The superbly written script imbued the protagonists and their interactions with profound and tragic depth that was deeply affecting. I sincerely hope that the incredibly ambitious and memorable ‘Before Series’ gets a final chapter 9 years later.

The series is aging remarkably well and this installation is as good as any of them and as effortless as can be. When all is said and done, this might be the best of the bunch even though it's hard to choose. It's a remarkable film and will be one of my very favorites of the year. Nice write-up. Glad you're a fan of this series.

I have not seen it yet, and have not been in any rush. I continue to consider the previous entries in the series as among the most overrated films in years. I have stated my issues, but in view of your exceptional writing I will just hold to a divergence of opinion. Great review here Shubhajit!

I too consider that the series has been progressively improving, and that this might just be the best of the lot. The 1st half was quite misleading vis-à-vis the earlier 2 films which had focussed on the 2 characters throughout the length. However, the importance of the 1st half was fabulously impressed upon by the 2nd. Good to know you too are an admirer of this gem of a series.

Well, Sam, you certainly aren't alone in considering the series as overrated as I know of a few cinephiles who would agree on that. So, though I personally like them a lot, I can understand where you're coming from.