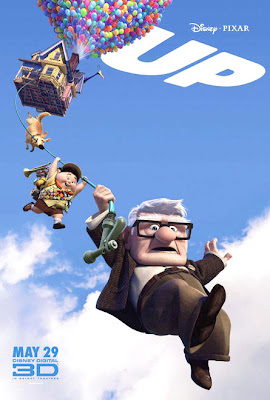 Film critics and cinegoers have called Up a rousing success, and have named it, along with Wall-E, as one of the great masterpieces of modern cinema. I wouldn’t go that far; but yes, there’s no doubting the fact that it happens to be one of the most noteworthy outputs from PIXAR, the ever-dependable makers of jaw-dropping 3-D animation. The tale of Carl, a former balloon salesman, now in the twilight of his life, who undertakes the journey of a lifetime in order to fulfill a dream that he shared with his wife, that of exploring South America, is, at the end of the day, still a movie aimed principally for kids. Agreed that it contains the “adult” themes of ageing, loss, unfulfilled dreams, and broken families, but at its heart Up is essentially the kind of movie meant to engage the viewers, lift their spirits up and provide a whole lot of fun and entertainment in the process. And in that sense it is quite a success because fun and engaging it certainly is. But despite its solid, old-fashioned tale of fantasy and adventure, what would remain longest with the viewers is the first quarter of the movie which shows how Carl, as a kid, met with his future-wife, and then, through an extended and extremely poignant silent sequence, we are given a brief preview of the journey covered by Carl and his wife from youth to old age, through various moments of love, joy and grief.

This movie targeted to the children still treat the theme pf agaeing in a very gentle and soft way. That part is the most beautiful part of it. It deserves more than 3 star from my side as we don't judge movies in childhood. We just enjoy the sensation of it...

Well, i appreciate your concern, and I'm sure you'll have a bigger company than me regarding the rating I've provided. But then, that's my personal opinion. I felt like Wall-E, Up too started with adult sensibilities, but didn't carry that forward till the end.

Lovely film, Pixar's most meticulous and heartfelt. Would have succeeded even if it was a live-action film

And yes, that opening sequence!

I liked this one a lot more than... I thought it was the best movie that I saw in 2009 (although I admit that I didn't see a whole lot of new releases). That opening sequence was nothing short of spectacular.

Again, I haven't seen everything from Pixar, but this is far and away my favorite from them.

@JAFB: Yeah I was aware that this is your favourite Pixar film. In fact I remember you nodding this over the other Pixar darling among critics - Wall-E.

@Dave: Well, given the disagreement I'm facing with the rating that I've given up, I think it is incumbent upon me to give it a second though perhaps :) And yes, that opening sequence was really wonderful.

can Pixar do no wrong? Up is yet another classic animation film. I like how you mention the adult themes in the review. Besides the small plot holes in the movie, the story is pretty strong. They were able to successful intertwined those kind of adult issues into a film that is targeted to children and yet still be highly enjoyable.

Ah Shubhajit, I do love this film so much, and that opening scrapbook sequence was one of the great scenes in all of cinema for 2009. There's so much I love here including Michael Giacchio's buoyant and poignant score. You've done it justice here though.

Yeah, Pixar it seems is on an unending roll. Whatever they do, they seem to strike gold in terms of popular as well as critical appeal. By the way, I'm not being able to visit your website - is it accessible to members of only a particular country or region?

Thanks Sam for sharing your love for the movie. Yeah, the dialogue-free sequences in Wall-E & Up have become cornerstones not just for Pixar, but also for animation films in general.

A film I love mostly cause I almost cry every time I see it. No film can say they do that to me, EVER!!