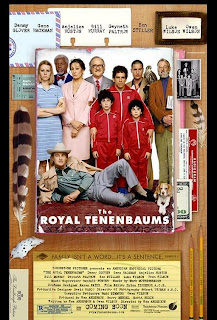 The Royal Tenenbaums is Wes Anderson’s ode to oddball characters and a surreal poetry in motion. Quirky, irreverent, whimsical and mordantly witty, the movie’s humour content is remarkably intelligent and darkly funny, but it never borders on cheap parody. Rather, by infusing in subtle yet palpable layers of humanism and pathos at just the right places, has shown his remarkable gift at entertaining and insightful storytelling. The movie, which is about a dysfunctional family comprising of an outrageously idiosyncratic bunch of members (played with deadpan brilliance by its ensemble cast spearheaded by Gene Hackman, and including the likes of Angelica Huston, Ben Stiller, Gweneth Paltrow and Luke Wilson, with able supports from Bill Murray, Owen Wilson and Danny Glover), which breaks apart, almost irreparably, when the family’s patriarch Royal Tenenbaum announces his separation from his wife. Now, 20 years later, he decides to do some damage control, resulting in hilarious gags as well as moments of soul-searching beauty. The movie, like the equally oddball The Darjeeling Limited, also boasts of a terrific, nostalgic soundtrack.

Well, it seems you've managed to read the mind of the cinephile in me :)

Though a backlash has built towards Anderson, I think this is one of the strongest American films of the decade. It is, without a doubt in my mind, the most influential on the pop culture aesthetic of the 00s.

Indeed. And Wes Anderson surely ranks among the most important active filmmakers too with his quirky world-view & his pop-culture aesthetics.