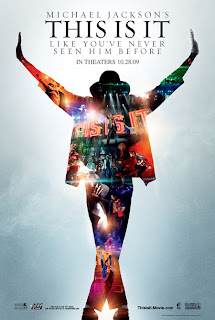 Compiled into a behind-the-scenes kind of documentary from over 100 hours of footage filmed during rehearsal sessions for his last planned world tour, This Is It perhaps comprises of the last few popularly released shots of Michael Jackson prior to his shocking death. At that particular stage of his life, he was presumably no more than a battered man driven, in his personal life, to the edge of sanity and nearly his last penny. Yet we see MJ literally belying his failing health and age through undiminished passion and strive for perfectionism. The fact that a person like him, who has been doing shows since he was a kid, getting so engrossed in the rehearsals and ensuring that every nuance and angle of the upcoming shows are covered to the last detail, is truly something to behold and applaud. Of course, we also get glimpses of the creepier side of his complex persona from time to time, like when he explains with graphic detail how the sound is hurting his “inner ear”. But, despite all our preconceived notions of the man, he comes off as a rather mild-mannered and soft-spoken individual, and a self-appointed Messiah of sorts. What was also interesting to note was his being surrounded by a bunch of sycophants trying really hard to please MJ with their overtly servile behaviour, and genuflecting to his every whim. The “film noir” sequences and MJ dancing to his enormously popular numbers were also fun.

My own house is like a Michael Jackson Mecca, with my wife Lucille and five kids huge fans of Jacko. His death hit us all hard, and the purchasing of books and films connected to MJ has not abated. We saw this film the night it opened and my wife and kids went a second time over the weekend while I viewed something else. It is simultaneously exhilarating and melancholy, and it is proof parcel to the world that Jacko was inmuch better physical condition than his untimely death suggests. But of course we all know the issues now that fueled his demise. The Thriller segment with the graves and expressionistic touches was a bit over the top, but the film noir sequence with Jacko as a dapper Sam Spade was effective, and a number of the song standards were well-performed. The dancing throughout by everyone involved was of course the central attribute.

Thanks Sam. It was nice getting to know your personal connection of sorts with MJ. Indeed, people just couldn't have enough of him neatly sums up the kind of celebrity that he was - his popularity could perhaps rival even religious figures! I agree, the Thriller segment was a bit over the top; but contrarily, it also reminded me of the legendary original Thriller video. Yeah, as you've so aptly observed, his rehearsals do raise an even stronger question on his death. But then, when someone is on pills and prescription drugs, you just can't gauge/predict how good or bad he really is.

He who makes a beast of himself, gets rid of the pain of being a man

The quote nicely encapsulates the complex persona of MJ.