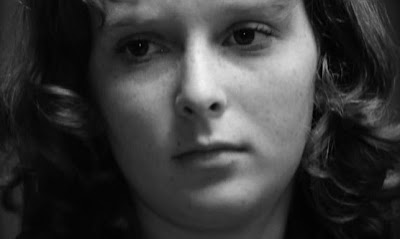 Directed by Márta Mészáros, one of the foremost women filmmakers, and former wife of Miklós Jancsó, Diary for My Children was the sublime first chapter in her autobiographical, coming-of-age and criminally obscure ‘Diary Tetralogy’ (it was followed by Diary for My Lovers, Diary for My Father & Mother and the prequel Little Vilma: The Last Diary) – chronicling the turbulent period between the end of German occupation and the Hungarian Uprising of 1956. A profoundly melancholic, haunting, lyrical and heart-wrenching masterpiece, such seamless mix of the political and the personal is a rarity in world cinema. It is 1947, and the sweet, soft-spoken and vulnurable teenager Juli (Zsusza Czinkóczi), the director’s stand-in, returns from the USSR to war ravaged Budapest with her loving grandfather, and is placed under the guardianship of Magda (Anna Polony), a fast rising Party member who places enormous value on authority and obeyance, making her home a microcosm of the regime itself. The lonely girl, tormented by recurring memories of her father, a sculptor and victim of Stalin’s purges, and her deceased mother, finds a father figure in Janos (Jan Nowicki, who played the dual role of her father), an engineer and former partisan fighter. The compassionate Janos and the stern Magda, lovers during the days of the Resistance but now irreconcilable politically – she is a loyal Stalinist while he is disillusioned of the Russian dictator’s draconian rule, become the two principal agents in Juli’s life. Meanwhile, in order to escape her dreary present, she takes refuge in cinema, reminiscent of Truffaut’s alter-ego Antoine Doinel in The 400 Blows. The film, which was shot in grainy B/W, sprinked with real footages, comprised of superb, naturalistic turns by the three leads, and had a fabulous score that memorably complemented its delicate, heartbreaking tone, was withheld for 2 years before being allowed to release.

It's certainly a near-masterpiece, and it deserves far wider exposure within the scope of classic world cinema. I had the great fortune of seeing this a number of years ago, and I always named it as one of the greatest films never releases. You are quite right when you say "criminally obscure" and reference THE 400 BLOWS. This moving and lyrical film certainly would rank among former husband Jansco's greatest films. Terrific review!

Indeed Sam. Its tragic when you find that hardly anyone is aware of this gem of a film. I've also watched the next 2 films of the Diary tetralogy (the last one, viz. Little Vilma: The Last Diary, which was a prequel to the 1st film, is impossible to find) - will write about them soon.