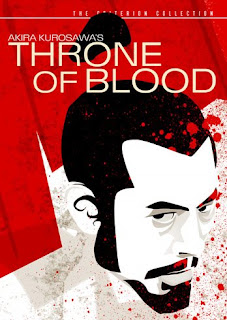 Legendary Japanese filmmaker Akira Kurosawa’s Throne of Blood is often considered as the greatest cinematic adaptation of Shakespeare. The master, of course, might have a point since his Ran, adapted from King Lear, is also equally renowned, if not more. However, there’s rarely any doubt in that Macbeth hasn’t received a more stunning and awe-inspiring cinematic rendition. Starring Kurosawa regular and inimitable actor Toshiro Mifune as the eponymous brave yet tragic hero, the movie is an epic Samurai take on the Shakespeare classic. Based during feudal war-torn of medieval years – a time in which his Seven Samurai and Rashomon were also based – the movie is as much a visual spectacle as it is a deeply psychological one. The self-destructive ambitions of a samurai warrior, played with the kind of gleefully over-the-top, maniacal and utterly memorable swagger that few apart from Mifune could, has made for a grand tale filled with betrayal, treachery and murder. Right from the valorous warrior’s spectacular rise, till the bloody and deeply ironic denouement, the movie is a blast of high-octane force and a bleakly moody denunciation of man’s age-old lust for ‘power and glory’.

Excellent choice for a review. This is probably my second favorite Kurosawa film, trailing only the equally stunning Shakespeare adaptation Ran. Both films are amazing, and I was shocked at how much I liked this film -- I honestly wasn't expecting such a great film, as this one seems to be overshadowed by other celebrated works of Kurosawa. I am not the biggest Kurosawa fan, but based on just this and Ran, I will always have an interest.

Do you feel this is the best Shakespeare adaptation in film? I still have to watch Welles' Chimes at Midnight (which is sitting next to my DVD player as I type this), but I would say it makes a very strong case.

Throne of Blood is a real spectacle and a really great interpretation of the text.

As for Dave's point, I liked Chimes at Midnight (although following the dialog is so tough!), especially Welles' Falstaff character. Typically Welles. But I don't know if it makes for the greatest adaptation.

DO check out Polanski's amazing adaptation if possible...

One minor correction, Rashomon was set in the 12th century.

@Dave: Thanks Dave for your appreciation. Well, my statement about this being one of the greatest adaptations of the bard's plays is more a concurrence on my front of popular feeling, rather than being a definitive opinion of mine. The reason is simple, (unfortunately) I'm yet to watch either Ran or the Orson Welles' Chimes at Midnight. I'm hoping to correct that blemish, at least regarding Ran, sooner rather than later. Interestingly there's a Hindi adaptation of Othello, called Omkara, which I loved, and would strongly recommend that to you.

And as for Kurosawa, my opinion about him too is limited at best since this is only his 5th work that I've watched - the others being Rashomon, Seventh Samurai, Yojimbo & Dreams. And given that apart from Dreams, which I found moderate at best but for a couple of shorts which were brilliant, I've loved everything I've seen so far. So I guess, given the accuracy rate and the number of his famous movies that I'm yet to watch (Ran, Dersu Uzala, Ikiru, High & Low, etc. - the last two, incidentally, have been remade in India which I've watched), my admiration for him can only grow. The simple fact that Satyajit Ray, one of my favourite directors and personalities, was a huge admirer of Kurosawa is, in itself, reason enough to keep exploring the great Japanese auteur's body of work.

@Seventh Art: Srikanth, thanks a lot for your inputs and also for pointing out the errata. I'll surely look out for both the Welles and the Polanski films. And I'll remove '16th century' from the post as my point was more about feudal Japan (period) than about the particular century/time in which the movies are based.

Apart from the obvious biggies, My favorite AK film is The Lower Depths. I suggest you watch that one first so that you are not disappointed when watching it after Ikiru, Ran, Kagemusha etc.