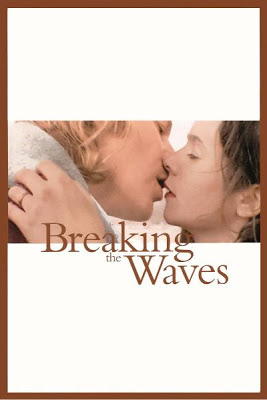 Breaking the Waves wasn’t just one of Danish master (and I daresay, enfant terrible) Lars von Trier’s greatest efforts, it was also one of the pioneering works of the avante-garde school of filmmaking called Dogme 95. It is a sweeping, emotionally charged human drama that is at once devastatingly bleak and deeply affecting for the viewers. Set in a quaint albeit xenophobic Scottish village, this singularly disquieting tale is about a naïve, emotionally unstable and god-fearing girl called Bess (Emily Watson, in one of the most striking screen debuts), who falls in love and marries an oil-rig worker called Jan (the exceptional Stellan Skarsgard); however, a terrible tragedy strikes resulting in Bess walking down the self-destructive path to delusion, paranoia and madness. Divided into chapters with each beginning with brilliantly chosen soundtracks, and filmed on grainy hand-held camera, writer/director von Trier has tackled the two most potent human emotions of love and faith with such incredibly deft touches that it was at times difficult to fathom whether the intent was to provoke or to overwhelm. But think what one may, the end result is at once a profoundly disturbing and a supremely enlightening work of art. To cut a long story short, Breaking the Waves – one of the landmark movies of the 90’s – achieved the truly rare feat of being universal and personal at the same time.

on my watch-list
have you seen antichrist