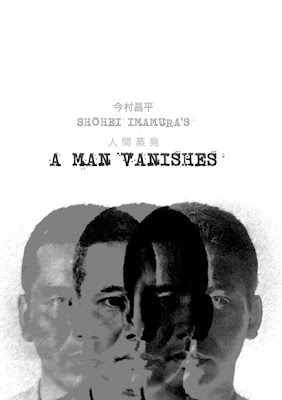 Imamura made a dramatic foray into documentary filmmaking with A Man Vanishes, a form that he would return to again in the future. In this self-reflexive, formally audacious and pioneering work, he combined facets of both documentary and fiction, and used a disarmingly simple premise of investigating the disappearance of a man to provide incisive personal and social commentary while, at the same time, subverting the medium of cinema. Tadashi Oshima, a seemingly average Japanese man with a good job and a fiancée disappeared for no apparent reason one fine day. As the crew delves into this perplexing affair, cans of beans start getting spilled ranging from embezzlement to infidelity. And that, combined with the detailed portrayals of his familial background and the people around him – a technique that had been brilliantly employed in literature by Truman Capote in In Cold Blood – provided a richly layered social critique and thought provoking observations on the nature of identity. Imamura didn’t however stop at just that. Instead, he used the canvas to take his audience for a sly and freewheeling ride by having characters talk about other characters instead of just Tadashi, and revealing that his fiancée has fallen for the film’s narrator played by a professional actor that blurred the line between fact and fiction; he then went a step ahead by deconstructing the medium itself when an intense argument, which might have helped in shedding light on Tadashi’s disappearance, is stopped mid-way to show that the place they are in is essentially a cardboard set! Even if challenging, at times frustrating and tad overlong, this stylistically bravura pseudo-documentary remains groundbreaking for more reasons than one.