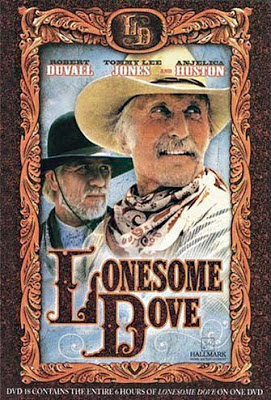 Adapted from Larry McMurthy’s Pulitzer Prize-winning novel, the acclaimed and ambitious 6-hour miniseries Lonesome Dove told a heart-warming tale of friendship, love (particularly of the unrequited kind), honour, courage, and facing nature’s brutalities. The amiable and gregarious Captain Augustus “Gus” McCrea (Robert Duvall), and the gruff and taciturn Captain Woodfrow F. Call (Tommy Lee Jones), ageing former Texas Rangers, long-time friends, and residents of the titular Texan town, decide on one last adventure before they retire for good – an incredibly arduous 3000 miles trip to Montana trip with a horde of stolen cattle and horses with the intent of setting up a ranch there. The story alternated between the debilitating challenges thrown on their path in the form of difficult terrains, harsh weather, sickness, death, vicious outlaws, and fearsome Indians, and the personal journeys of the two likeable protagonists. Sub-plots too abounded in the form of a mild-mannered Sheriff (Chris Cooper) going out to find his wife who has fled, an ethereally beautiful hooker (Diane Lane) who falls for the much-older Gus who in turn hopes to reunite with his former sweetheart (Angelica Huston) while a young member of the group is hopelessly in love with the fragile young lady, Call’s difficulty in acknowledging his son (Ricky Schroder), and so forth. Upon Gus’ death, Call makes the entire journey back with his friend’s body which made for a fascinating final chapter. The basic story was, understandably, highly reminiscent of Hawk’s Red River, albeit minus its dark psychological aspects. Though not bereft of weaker moments and a fair share of avoidable sentimentality, the sheer scope of this wonderfully enacted and gloriously photographed piece should make it a must watch for any Western aficionado.

Yep, this is an exceedingly accomplished work that has quite a fan base Shubhajit. McMurtry also wrote THE LAST PICTURE SHOW, which was adapted for the screen in 1971. it's one of my all-time favorite American films. I completely agree with you that scope here trumps sentimentality. That last section is unforgettable.

Yeah loved it. Duvall was never better. Almost everything he's done since has some of Gus. The scope never gets oppressive. Even Frederic Forrest was good.

Thanks Sam. Yes, the last segment was particularly memorable - a man carrying his friend's dead body over 3000 miles just because he promised him so before his death, was both darkly funny & quietly tragic. I wasn't aware that McMurtry wrote the source novel for The Last Picture Show as well. Yes, that's one of my favourites as well, and I sure remember the fact that you have named it as your favourite Western given the amount of discussion that followed as a result :)