Rudo y Cursi: The Sexual and Socio-Political Relationship of the Mexican New Wave

(Cinemascope thanks guest contributor Ms. Camiele White for this brilliant article - this time on a particular facet and dimension of the Mexican New Wave that she finds immensely fascinating) 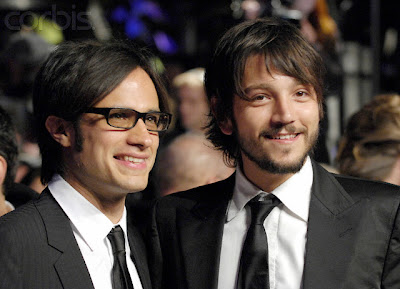 At the turn of the new millennium, there arose a new wave of Mexican filmmaking that was part sexual exploration, part socio-political commentary. From this social revolution came the likes of some Mexico’s most vocal and most successful directors, screenwriters, and actors, none more popular than Diego Luna, Gael García Bernal, and Selma Hayek.

First, a look at the dynamic bonds that bring Diego Luna and Gael García Bernal together onscreen. Within the confines of exploring the ravaging of one’s homeland with conflict, each film that the twosome stars in carries a very distinct message: growth through exploration. It’s this desire to explore, to branch out of a life clouded with the sterility of monotony, which has highlighted some of the most beautiful films of the Mexican New Wave --an artistic Renaissance -- and, indeed, all film of the early 2000s. Together they have managed to bring a very mature and holistic understanding to film. Taking a page from Walt Whitman --“the poet is political”-- the Mexican New Wave ushered in an era in which the poet, and indeed the artist, is political, sexual, and outspoken. 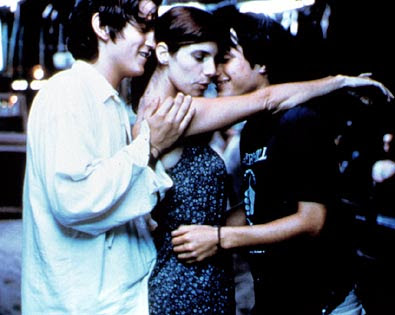 Though both Luna and Bernal found themselves taking separate paths to their cinematic greatness, it’s what they managed to produce together that captured my heart. From the moment I saw the both of them onscreen I was entranced by the organic way in which they managed to bring each other up. Y Tu Mamá También is a film that highlights as much of the political as the sexual as the homoerotic. It was a film predicated on the idea of discovery and exploration. Indeed, many of the films that would follow in either actor’s catalogue seemed to emphasise the natural maturity of mind and body through the trial and error of exploration. Y Tu Mamá También, however, was more than a film that followed the lives of two very innocently devious boys to their sexual manhood. The film managed to explore the richness and complexity of a country that before had been seen as something of an “other” by those conveniently located across the Rio Grande.

In the midst of economic and political turmoil developing in the rural countryside of Mexico, Luna’s and Bernal’s characters --Tenoch and Julio, respectively-- are engaged in a summer road trip masquerading as nothing more than a way the two best friends can spend the summer while their girlfriends are away in Europe. The opening sequence, in which Tenoch and his girlfriend are having what can only be described as amazing sex, expels any suggestions that the film is the stereotypical commentary on the life of an average Mexican kid. After the first climax, Tenoch entreats his lover to promise that she won’t sleep with any Italians while she’s in Europe. They make a solemn pact to not have sex with anyone else while she’s away before they embrace for a second round of teen ecstasy. In the first 10 minutes of the film, the audience is put head first and hands on into the relationships of the two boys --first with their girlfriends then with an older woman, who is masterfully played by Spanish actress Maribel Verdú-- as well as the intimacy shared by the two boys. 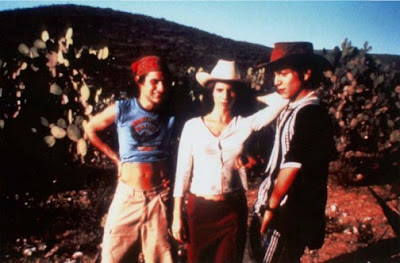 The first inclination of their inherent homoerotic relationship stems from a scene in which they’re self-pleasuring on the diving boards of a country club and reach ecstasy at the same time whilst regaling themselves of the fantastic women that parade around in their fantasies while their girlfriends are away. The film continues to bring new meaning to intimacy as one scene after the next you’re confronted with unbridled bouts of sexual exploration. First round: Tenoch, as he walks in on Verdú’s character, Luisa, crying to herself. She propositions him to drop the towel around his waist after he’s taken a shower and further provokes him with her mature purr: “Comerme.” For the sake of the piece, I’ll let you find out what the means. Next, Julio has his moment with Luisa as Tenoch is driving the car. Luisa wastes no time closing the degrees of separation between the boys even more as she crawls into the backseat and onto Julio’s lap. It’s a game of temptation, commitment, and trust. At each road stop, the trio are forced closer and closer together until the climactic ending scene that sees a culmination of their summer of growth. After engaging in a sensual three-way dance, they go back to their room. There’s no music, the lighting is foul, but somehow incredibly soft, and the tentativeness of each participant is felt so palpably through the camera that you can reach out and swear you were touching erotica. First Tenoch begins with a kiss, and then Luisa engages the scene even further. While Luisa is pleasuring Tenoch, she also manages to involve Julio, who is standing eye to eye with his dearest friend. The two share their intimacy unabashedly and without holding back. Their kisses are slow, deep, and as natural as breathing. 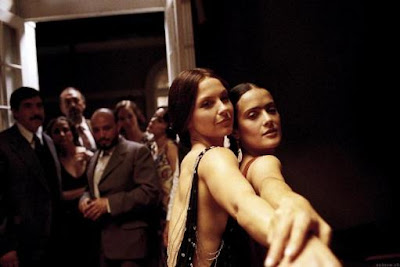 While the film itself is a revelation of sexual self-expression, it’s a testament to the relationship shared by Luna and Bernal. Even more so, it speaks to the maturity and gritty beauty inherent in films stemming from the Mexican New Wave. Films like Y Tu Mamá También, Frida, and Rudo y Cursi touch on very taboo themes that still seem to make the very fabric of Hollywood shake. Frida takes the life and times of provocative surrealist artist, Frida Kahlo, and explores her own understanding of human touch and folly. Kahlo, portrayed with style and grace by Selma Hayek, is a creature of unbridled sexual and political passion. She’s a lily among so many red roses; a woman among the blushing school girls that deigned to walk in her laboured footsteps. Also staring Diego Luna, Frida was a marvel of its time and remains one of the most incredible biographical films released in the past 20 years. As a woman of outspoken passion, Kahlo created art that was ripped completely from the walking corpse of humanity and painted with the very blood that coursed with vitriol through her veins. Never apologetic, never shy, Kahlo stood up to the deliberate nature of mortality and continued to fight with fists clenched and mouth open, giving colour to the darkness, darkness to the naively optimistic. The film was painted in as many layers as Kahlo’s Lo Que el Agua Me Dio, often referencing (and using) many of the paintings for which Kahlo is so lauded. The language was frank (though, in English); the images were severe; the nature of Kahlo’s life was both violently turbulent and as beautiful and delicate as butterfly wings.

More than anything else, Frida was magnificent in its ability to paint the layers that run rampant through Mexico. It’s a film that was shot with exceptional care and attention to detail --from the cracks of every ancient building, to the smell and life of the flora and fauna, to the texture of the walls. The film manages to encapsulate the very turbulent times of the 30s and 40s and interweave a complex human narrative devoid of any political inclinations. Actively part of the Communist party, Kahlo was never shy about her understanding of government; however, her insight into the human experience is what warranted the film to be heralded as one of pure landscape --beautiful, natural, raw, erotic, and twisted as the crooked spine of snake. 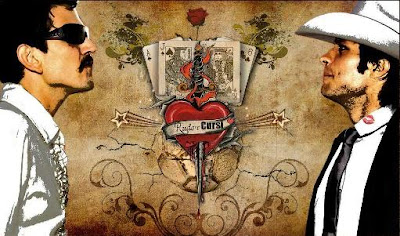 It’s beauty, plain and simple, that drives the Mexican New Wave. It’s biggest proponents, and indeed, most active members, Diego Luna, Gael García Bernal, Selma Hayek, (and let’s not forget to mention Guillermo del Toro and Alfonso Cuarón), brought a perspective that while at times being rudo were never as easily thought of as cursi. Rudo (“rude”) because these films dare to push back on a society that ignores the grossly complex and dirty. It curses, bites, kicks, and makes love to every aspect of the human experience. Cursi (meaning , roughly, “tacky”), perhaps because there is so much beauty. But there’s nothing more natural than exploring the amalgamation of pain and triumph. With these paragons of human life at the forefront of the Mexican New Wave, it’s no wonder in my mind that so much of the film industry in its neighbouring country has been left standing still.

I have a keen interest in all things that shed light and colour in this dark and, at times, uninspiring world. I love film, all film --ranging from Japanese and Korean horror, to nonsensical action films. The one qualification is that it must, must entertain me. As much as I love watching film, I love even more to write about it. Right now, I get my jabberjaw jollies writing about Halloween Costumes. If you want to give me a buzz, I can be reached at cmlewhite at gmail [dot] com.