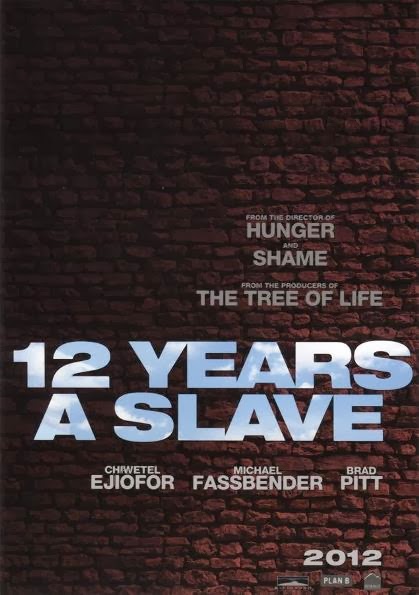 The theme of a relentless man against an insurmountable opposition has recurred in all the 3 films that McQueen has made so far – Hunger was about political struggle, while in Shame it was personal in nature; and now, in the historical biopic 12 Years A Slave, which is about an individual’s fight for survival against racial injustice, the 2 elements have been combined. Solomon Northup (played by Chiwetel Ejiofor) was a ‘free man’ working as a violin player who was falsely deceived into, as the title suggests, 12 years of bonded slavery. Lured to be part of a traveling group as a musician, he’s drugged, shipped to New Orleans and sold off in the most humiliating auction to a surprisingly benevolent plantation owner (Benedict Cumberbatch). However, when he earns the wrath of a psychotic carpenter (Paul Dano), he is sold off to Epps (Michael Fassbender), a ruthless and insecure cotton plantation owner with severe personality issues. Epps becomes lustful of a young female slave (Lupita Nyong'o) which earns severe displeasure of his sadist and racist wife (Sarah Paulson), and Solomon becomes an unwitting pawn in the unfortunate proceedings. Thus, not only must he play to the complex dynamics surrounding him, he also must ensure his past – the facts that he was a free man and educated too – remain under the wraps. Though the austere tones of his previous 2 films were replaced for a more sweeping and melodramatic approach, and the final product wasn’t as assured or tight a work (and possibly tad exploitative too), it still succeeded in being a deeply, affecting and excellently shot film. Top-notch performances abounded, with Ejiofor’s being the standout, and McQueen regular Fassbender brilliant as always. Brad Pitt and Paul Giamatti, too, were part of the star-studded cast.

I still think the definitive reveiw of this movie was given by Ty E over at Soiled Sinema.

Fair enough. Do share the link to the review. Thanks.

Its easy enough to find my old mate, just go to Google and write "Soiled Sinema blogspot", then just call the reveiw up from their list of reveiws on the left hand side of the page. By the way, do the same with their reveiw of "The Wolf of Wall Street" as well.

Well, for me no review of the film has anything on this masterly one by Shubhajit, which is concise and discerning, engaging and provocative. This was my own Number 1 film of the year - Steve McQueen’s harrowing film is unquestionably the most exceptional on the subject – America’s most shameful institution. The lead performance by British actor Chiwetel Ejiofor is electrifying and the entire cast is superlative. A searing film of indescribable emotional power, and you have pegged it's artistry here Shubhajit.

Thanks a lot Sam for the kind words. Yes, I did read & comment upon the yearly top 10 list of films that you posted recently (I hadn't watched 12 Years A Slave till then). Though, personally, I'd rate Hunger & Shame higher than this in McQueen's canon, on an absolute scale I did like the film - the subject was harrowing & the lead performance was particularly powerful. Bonded labour continues to exist in many parts of the world & racism isn't dead yet even in the developed countries - so yes, the film is relevant even to today's context even if the story is a century & a half old.