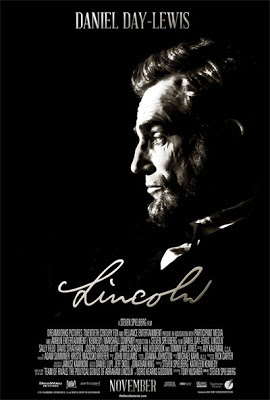 Spielberg’s latest film Lincoln, based on the historic last four months of the legendary American President, was a testimony to both the best and worst in the filmmaker. At its best, it was richly detailed, comprised of noteworthy storytelling, was technically sound and kept one engaged despite its 150-minute length. But, at its worst, it was overly sentimental, didn’t manage to eschew any formal conventionality, and was so straight-jacketed that it almost seemed an underhanded display of hero-worship. The film’s basic intent was to chronicle Lincoln’s efforts and final success, against all odds, challenges and oppositions, to get the iconic 13th Amendment that would abolish any form of slavery that was rampant in the US then, and it did that sincerely. Though a law cannot really obliterate racism, it at least began a journey towards equal rights and opportunities for the African American folks of the country. Despite the lumbering pace, Spielberg managed to keep one engaged through regular interjections of humour and dramatic moments, even if they were, at times, at the cost of sacrificing complexity and profundity on account of the rather straightforward history lessons. In other words, it was easy to like, but was mostly lacking in anything further. On the acting front, however, one can’t complain – Daniel Day-Lewis, the eerie resemblance apart, provided a layered and restrained performance cappturing the increasing weariness as well as the quiet resolve, while Tommy Lee Jones’ was the more flamboyant. Sally Field and James Spader, too, were good as Lincoln’s wife and the man entrusted with the dirty and often comical job of liaising and lobbying for the law.

Spielberg has crafted one of the finest films of his career, yet I can well understand the relatively less important issues you voice here Shubhajit. It's interesting that a vociferous minority have complained that the film is didactic, when in fact these very same people have always complained that the iconic director has never failed to open the flood gates. By allowing Tony Kushner and the great Day-Lewis to take charge he has allowed this seminal event in U.S. history coverage from all angles, and there are even some political machinations here that might seem new even to the ardent Lincoln and Civil War buff. Abe is my favorite President and political figure, and it seems Day-Lewis has stepped into his skin to quote a line from Harper Lee's TO KILL A MOCKINGBIRD in what immediately takes it's place among the most legendary performances of all time. While I don't doubt Field seems 20 years too old, I must say you really do not notice it at all as she holds her age extraordinarily well, and she's absolutely luminous.

John Williams' score is lovely but more restrained than any other he's done, and it seems almost every artistic decision the director makes strikes gold. LINCOLN is an epic film where he connects the intellectual and the emotional in a film of quiet power, anchored by one of those rare performances when the lead actor becomes the character being played.

Thanks Sam for your wonderful response in strong support of the film. I personally found the film slightly better than average, but I sure can appreciate your love for this film. Personally, I found this almost akin to a history lesson (which, if one were to be slightly politically incorrect, is 'winner's side of the story'). I'd have preferred a better critique - be it of the Civil War or the political expedience resorted to for the 13th Ammendment, or even Lincoln the man vis-a-vis the President. This was a political film without being one. Further, I find it tad disconcerting to watch a film that's too emotionally loaded in favour of the protagonist (in this case, through the director's hero worship for Lincoln). I'm not saying that this hero worship isn't justified, it probably is; just that, this takes the critique or examination out of the picture.

But, as I mentioned, the film has its pros as well, and Spielberg does get credit for that. If not anything, it was engaging, humorous and technically polished - as most of his films are. But I wouldn't call it one of his best works either.

Most people seem to have liked Tommy Lee Jones' performance far more than that of Danny Day-Lewis. Not that TLJ wasn't good - he certainly was. But his was also the more flamboyant role, thus making it more easily observable. But I'm really glad to know that both you and me are on the same page insofar as DDL's performance goes, as I too regard it as nothing short of outstanding. He was incredibly understated, and made marvelous use of his body language and gestures to bring forth his character's personality, challenges, etc.