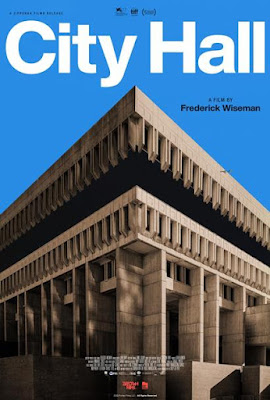 The only filmmaker today who’s perhaps at par with Godard in defying age while remaining astonishingly prolific, is legendary American documentarian and fellow nonagenarian Frederick Wiseman. And his mammoth 4 ½ hour City Hall – a sprawling, multi-perspective and remarkably understated exploration of “democracy in action”, in the vibrant, multi-cultural city of Boston – provided a compelling elucidation of his formal exactitude, thematic cogency and political clarity. That this – with its emphasis on causes diametrically opposed to what Trump embodied – released just in time for the 2020 US Presidential elections, made it surprisingly prescient too. Around a third of the movie covered the various affirmative steps that the city’s tireless Mayor, Marty Walsh, champions – through speeches, policy-making and outreach by governmental departments – covering progressive causes centered around battling discrimination and advocating inclusiveness in their varied manifestations, viz. immigrants, disabled, homeless, elderly, veterans, etc. This, though, was no campaign for Walsh howsoever a left-wing reformer he might seem, as he’s a politician after all; Wiseman, hence, also passionately covered the dissenting voices and impassioned protestations by troubled citizens – viz. people arguing that a lot more is needed to address homelessness, small business owners complaining about undue advantages accorded to big corporate, residents of the city’s most ethnically diverse and economically disadvantaged locality expressing deep reservations against the opening of a marijuana outlet there, etc. And these myriad topics and conversations were deftly juxtaposed with city vignettes – celebration of the Red Sox’s World Series victory, the mundane work of garbage collectors, a gay marriage, etc. What emerged, therefore, was a rich and complex tapestry where politicians, bureaucrats, citizens and blue-collar workers both cooperate and challenge each other as a socially conscious democracy must.