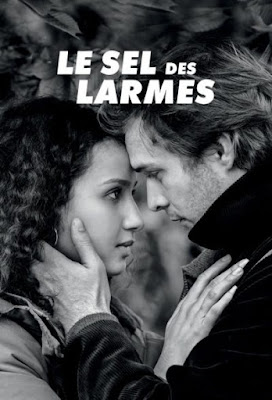 The Salt of Tears, with its muted B/W aesthetics, melancholy, gentle tonal inflections, emotional undercurrents, and a tightly framed tale around the themes of infidelity, romantic vagaries and the fragility of love, marked another delectably low-key entry in the now septuagenarian French auteur’s canon. It was also stylistically connected to his absolutely magnificent and just-concluded ‘Trilogy of Fidelity’ – viz. Jealousy, In the Shadow of Women, Lover for a Day – even if, unlike here, marital fidelity was the dominant theme there. The film – wryly captioned by a reviewer as “portrait of the cad as a young man” – followed the amorous dalliances of Luc (Logann Antuofermo), a callow, soft-spoken and outwardly sincere but inherently roguish guy who’s following the footsteps of his aged father (André Wilms) in learning the trade of joinery. It begins with Luc arriving in Paris – for the entrance exam at a prestigious carpentry institute – where he meets the shy, sweet-natured Djemila (Oulaya Amamra), and they embark on a tentative relationship; the setting then shifts to the town where he lives with his dad, and there he falls headlong into a passionate affair with the striking, flirtatious Geneviève (Louise Chevillotte), which leads to a heartbreaking episode for Djemila as he continues to persist with her in parallel; and finally, upon getting selected, he relocates to Paris where he gets into a torrid affair with a sultry, sexually liberated nurse (Souheila Yacoub). The affecting, luminously photographed and gorgeously scored film – possessing a perceptible kinship with Rohmer – comprised of fine turns all around, with an especially memorable one by Wilms as a wizened old man whose love for his son doesn’t blind him to the disconcerting unraveling of Luc’s failings.