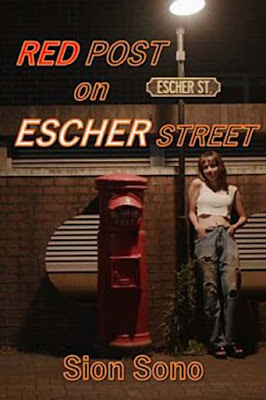 There’s no dearth of remarkable films on filmmaking – from serious to playful, gritty to modernist, and deadpan to flamboyant. But rarely has one been made on the casting process, and in particular on those who viewers see but rarely observe, viz. the bit-players, such that maverick Japanese filmmaker Sion Sono’s exuberant, infectious, whimsical and wildly enjoyable Red Post on Escher Street might well be dubbed as “Revenge of the Extras”. And, its zany narrative structure – starting on a comical note, becoming progressively farcical and even surreal, before gleefully bursting into chaos – possibly bore influences ranging from Imamura (Pigs and Battleships) to Almodóvar (Women on the Verge of A Nervous Breakdown). Famous director Tadashi Kobayashi (Tatsuhiro Yamaoka), a favourite of the festival circuit, intends to have amateurs in lead roles for a studio-produced gig, and the casting call brings in a motley crowd of young women – a badass theatre troupe, members of a cult-like Kobayashi fan club, a recently widowed woman accompanied by her doting mother and pony-tailed step-father, a striking woman whose abusive father has just killed himself, etc. The massive ensemble, of course, didn’t end there – there’s the baby-faced filmmaker himself struggling to complete the script, his spunky girlfriend who might be a ghost, a clumsy producer and his bullying boss, an assistant director who idolizes Kobayashi, and, arguably the best of ’em all, an ageing man-child who’s the self-anointed “King of Extras”. The elaborate backstories, inadvertent inter-connections, deadpan asides, unpredictable plot developments, multiple perspectives of the same scenes wherein side players in one version become the protagonists in the other, and an unfettered dose of crazy fun, made this a lively, subversive and unapologetically over-the-top work.