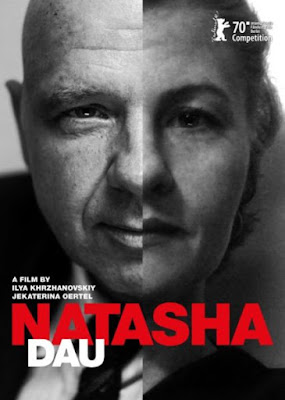 The scale, faux-authenticity and ambition behind the DAU project – conceived by Ilya Khrzhanovsky initially as a biopic of Soviet physicist Lev Landau, before it grew to gargantuan proportions – operated in the realms of unbridled megalomania. This massive replication of clandestine Soviet-era research institute as a microcosmic representation of Stalinist totalitarianism, involved a colossal 12,000 m2 set built in Ukraine where hundreds of cast members lived 24/7 for years under constant surveillance, shrouded in secrecy and cut-off from the outside world. DAU. Natasha – one of the 13 films that’ve emerged so far out of this project which has been likened as a real-life evocation of Truman Show and Synecdoche, New York – is a relentlessly grim, intensely harrowing and unapologetically provocative work; and, while it works well as a standalone film, the context, behind-the-scenes machinations, and overlaps between “real” and enactment made it even more viscerally disturbing. Natasha (Natalia Berezhnaya) is a middle-aged woman who works at the institute’s cafeteria – frequented by physicists and military personnel working there – along with the much younger Olga (Olga Shkabaryna). They share a volatile relationship – Natasha is disdainful of Olga’s callowness and laziness, and jealous of her youth and beauty; Olga, in turn, yearns for acceptance from her older compatriot while also, upon provocation, mocking her hardy appearance and prudishness – and hence they alternate between sentimental conversations over alcohol and scorching hostility when drunk. However, when Natasha has a brief but graphic fling with Luc (Luc Bigé) – a visiting scientist conducting bizarre human experiments – post a night of drunken revelry, she’s summoned by the clinically ruthless security head (Vladimir Azhippo) for a grotesque session of interrogation for the transgression and enlisting her as a spy.