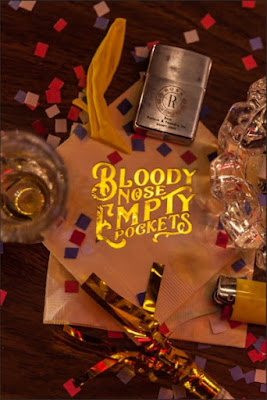 Ross brothers’ lilting, mellow and intoxicating docu-fiction Bloody Nose, Empty Pockets – evoking memories of the boozy atmosphere, bohemian spirit and laidback charm of a James Crumley and a Charles Buchowski – brilliantly blurred the lines between documentary authenticity and performative narrative. The film is ostensibly set in a Las Vegas bar called The Roaring 20s – an engrossing, smoke-filled, nostalgia-laden sanctuary, escape, and even home, for its regulars who’re a mix of laidback old-timers, gutsy youngsters, misfits, eccentrics, outsiders, loners, rebels and romantics – which is closing down for reasons alluded to but unspecified. Hence, on its final day of existence, the barflies gather for one last hurrah – hanging out, reliving old memories, basking in the infectious ambiance, and indulging in a spectacular bout of binge drinking through the day and night – before bidding a desolate adieu to the joint. However, ironically, this bar’s actually in New Orleans and is still very much open. Further, the cast was an assorted assemblage of everyday folks – a wise but jaded former actor, a scarred Black war veteran, a shy Australian, a bear-like bartender who loves crooning on his guitar, a tough single-mom bartender, an Einstein lookalike, a bon vivant who’s proud of her “60-year old tities”, a vivacious trans-woman, etc. – who play themselves without a script, and in the process unreservedly reveal their vulnerabilities, bitterness, dashed hopes, lost youth and existential pangs; and this startling candidness, albeit in a staged setting, further obscured the porous boundaries between “truth” and “artifice”. The rambling, booze-fueled, and freely improvisational conversations, accompanied by pop-rock soundtracks, provided understated commentary on a wide range of topics – both political and mundane – but delightfully laced with little epiphanies, bittersweet revelry and melancholy.