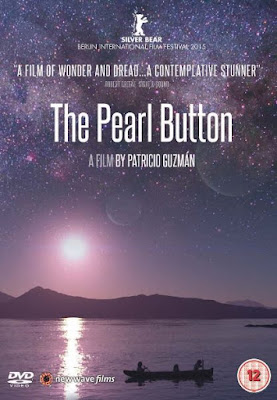 Chile’s spellbinding geographic diversity makes it a delight for natural science enthusiasts; however, it’s also a country beset with grievous open wounds and guilt, which makes it a deeply troubling canvas for ethnologists, historians and the politically conscious. Patricio Guzmán had explored this strange duality in his magnificent essay film Nostalgia for the Light, and he made it even more powerful in his extraordinarily poetic, poignant, meditative and haunting follow-up The Pearl Button – the second chapter in his ‘Chile Trilogy’ that he completed with The Cordillera of Dreams. From the harsh and brutally arid Atacama Desert, he shifted his examination here to Chile’s vast coastal line in general, and the breathtaking Patagonian region and the Tierra del Fuego archipelago in particular – with water being the central tenet in not just how it giveth, but also taketh away by serving as mass graves. Two devastating historical accounts formed the central strands – the genocide committed by Spanish and English colonialists against the indigenous tribes by upending their their traditional ways of life, turning them into second-class citizens forever, and ultimately even clinically exterminating them; and the disappearings of political dissidents by Pinochet’s fascist military dictatorship, their torture and murder at the notorious Dawson Island concentration camp, and the disposal of thousands into the Pacific. A heart-wrenching connecting thread referencing the film’s title capped its political importance and emotional eloquence, viz. “Jemmy Button” who was “civilized” in exchange of a paltry pearl button; and another pearl button that was found at the bottom of the sea, affixed to a rusted iron deadweight – which were used to drown the dead bodies – as the sole remnant of the nameless political prisoner it’d belonged to.