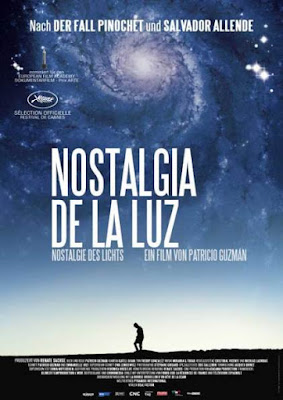 Observations into, excavations from and interpretations of the past were the key philosophical, existential and political themes in the stirring, introspective and brilliantly conceived essay film Nostalgia for the Light by Patricio Guzmán – the dissident Chilean filmmaker who’s spent nearly his entire life analyzing, dissecting and documenting Pinochet’s fascist, repressive and murderous military dictatorship. Hence, another crucial theme here, as in perhaps his filmography in general, was the politics of memory and the defiant refusal to “move on”. Three parallel strands were deftly juxtaposed against each other for a powerful and evocative portrayal of these themes, with the harsh landscape of the Atacama Desert acting as the connecting hinge. Astronomers at an observatory gaze millions of years into the past by looking at the cosmos and galaxies; archeologists pry at artefacts from a thousand years back; and these were both correlated and counterpointed by individuals attempting to reconcile with the open scars they’re still carrying, by digging out skeletons – both real and metaphorical – from the murderous regime. In that final strand – undeniably the central one – we see ageing women, akin to the “half widows” of Kashmir, battling with grief and despair while searching for bodies of their “disappeared” loved ones buried under the sands; men recollecting their experiences as political prisoners in the concentration camp of Chacabuco that was located there; and a young woman sharing painful memories of seeing her parents being taken aware forever. What therefore emerged were intertwined topics at once grand and intimate, and a fierce desire to seek troubling answers even if many in the country – both citizens and the governments – might’ve conveniently decided to forget the past by closing their eyes to it.