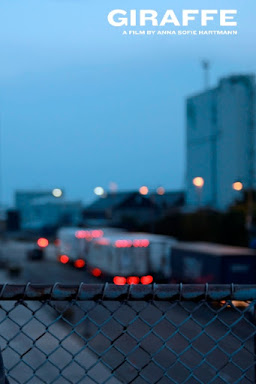 “Progress” and globalization are inherently politically loaded terms, and hence their interpretations and repercussions are dependent on who’s evaluating them. Anna Sofie Hartman, in her gently meditative film Giraffe, explored their intertwined nature, and in turn, a subset of their multi-pronged effects inevitably leading to human displacements. She also brilliantly blurred the line between fiction and documentary filmmaking, as she imbued this ruminative work with understated political and existential inquiries, and the form of a diary film. In 2010 an ambitious plan was envisaged to build a tunnel under the Baltic Sea, in order to connect Northern Germany with the island of Lolland in Denmark; the Fehmarn Belt Fixed Link, once ready in 2028, will provide dramatically quicker alternatives to the current ferry ride. However, achieving a gargantuan vision such as this doesn’t just entail a massive financial cost, but also significant human ones – including, but certainly not limited to, the razing down of homes and vegetation, forced relocation of communities, and mobilization of affordable labour from less expensive countries. With Dara (Lisa Loven Kongsli) – an ethnologist, researcher and adoptive Berliner in her late 30s – as a stand-in for herself, Hartman covered the various thematic strands using diverse narrative choices – e.g. interview of an aged couple, shot in vérité style, who’ll need to vacate their home soon; reconstructing the life and memories of a former librarian from her diary entries and other artefacts collected at a deserted house due for demolition, where she’d lived for four decades; the socioeconomic plight of a group of Polish construction workers separated from their families; and a brief, affecting affair that she has with one such guy who’s barely out of his teens.