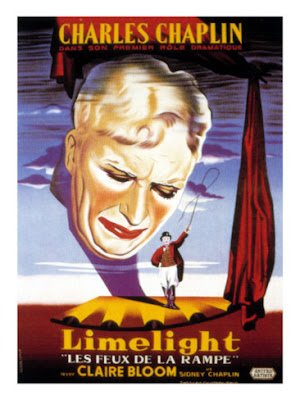 Limelight, for all practical purposes, could very well be considered as Chaplin’s swansong, as it was composed in the form of an ode to his profession and his life, and was made at a time when he was a political pariah. An ageing former tramp-comedian, who is no more a name to be reckoned with, is desperately hoping for an encore and one final hurrah – the storyline, as can be easily appreciated, is highly autobiographical in nature, and is filled with dollops of nostalgia and melancholia. Chaplin himself played the role of Calvero, the drunken protagonist who dreams of his glorious past, that is when he is not taking care of Terry (Claire Bloom), a beautiful suicidal girl and former ballerina whose responsibility got entrusted to him by chance rather than by choice. Despite its rather melancholic and deeply affecting theme – hell, this was probably one of the rare films in which Chaplin dies in the end – it has no dearth of comic gags, witticisms and humour. The dream sequence where Calvero and Terry are conversing with each other in ironic one-liners was ample proof that Chaplin was still the genius with words and comedy that he always was. And the sequence near the end where he teamed up with Buster Keaton, arguably his greatest contemporary but now an ageing man himself, well, that sure took the cake for me – if not for anything, to see two of the great masters on the same pedestal. The background score, composed by Chaplin himself, remains another highlight of the film. Yes, the movie is unabashedly sentimental and a tad wordy too for its own good, and nowhere close to Chaplin’s best works, but it also remains a film worth savouring for all cinephiles.

It may indeed not rank among Chaplin's best works, but after recently seeing in again on the big screen I sucumbed to it's magic. As you aptly note, the wit, the humor and the gags are here, but there is an aching humanity and elegic essence that ultimately elevates the film, and enhances it as a proper swan song. Keaton's cameo is unforgettable and Chaplin as actor and composer is untouchable.

Even with all the great films that come before it I can still label this as a masterpiece.

Thanks a lot Sam. Thanks also for sharing your deep enthusiasm for this wonderful, albeit underrated & late-life gem by Chaplin. The overdose of sentimentalism might get in the way for some viewers, but that apart, there were indeed so many memorable aspects about it - and the self-referential storyline added even more layers of poignancy to it. And to see the two former silent comedy masters & rivals (Chaplin & Keaton), now ageing patriarchs perhaps past their glory (both in the film & in real lives), made this a film that no cinephile worth his salt can afford to miss.