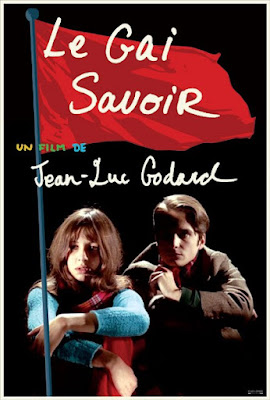 Experimental, allusive, oblique, modernist, dense and formally adventurous, Le Gai Savoir defied simple categorizations and easy comprehension. And yet, despite its thematic and stylistic complexities, it was also playful, irreverent, idiosyncratic, subversive and thought-provoking, and filled with mock-serious musings on the relationship between images and words – and in turn cinema and language – in how the politics of one laces meaning to the other, that would profoundly inform Godard’s filmography hereon. And these contrasting aspects made this, along with the boldly provocative and stupendously brilliant One Plus One, an intriguing thread between his groundbreaking Nouvelle Vague years and the firebrand anti-cinema of his Dziga Vertov Group period. However, considering how it was alternately discursive and solemn, chaotic and sombre, variegated and cogent, it was an undeniably mishmash, at times infuriating and oftentimes exasperating work, despite its many fascinating aspects. The film, therefore, was like an assault on intellectual and audiovisual paradigms – the artifice of an overly theatrical setup accompanied with deadpan and rambling discourses between two militants deliciously (played by Juliet Berto and Jean-Pierre Léaud) which swung between serious dialectics and pungent satire; lyrical vignettes of people and streets; revolutionary images and slogans; indictment of consumerist pop-culture through cartoons, superheroes and sexualized advertisements; darkened screens and beeped sounds indicative of both censorship and subterfuge; and ample moments of humour and levity. And from these also emerged a sly commentary – worth its weight in fool’s gold – on some of Godard’s exalted contemporaries ranging from Bergman and Antonioni to Straub and Glauber Rocha to Bresson and Bertolucci; along with wide-ranging thematic excursions covering imperialism, war-mongering, police brutality, bourgeoisie, social conservatism, consumerism, revolutionary politics, protests, working-class, form, aesthetics, and of course cinema itself.