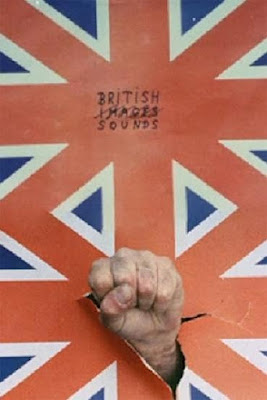 Godard, in his second outing to the UK after the terrific, rebellious and riotously impudent Sympathy for the Devil, made this equally provocative, radical, deadpan, trenchant, divisive, scathing and electrifying essay. And, in keeping with the Dziga Vertov Group’s manifesto, this rarely seen film was defiantly anti-narrative, ferociously polemical and formally rigorous. Co-directed with Jean-Henri Roger, British Sounds (aka See You at Mao), therefore, demonstrated his genius when it came to blending revolutionary dialectics with subversive humour, striking agitprop with sardonic political satire, deadpan mise-en-scene with structurally experimental bravado, and intellectually invigorating analyses with the kind of straight-faced levity that perhaps only he could conceive or conjure. Stylistically, structurally and visually, it’s structured into five modules (aside from the distinctively Godardian prologue and coda featuring a fist smashing through the Union Jack) – Marxist examination of capital and labour accompanying a slow, unbroken dolly shot depicting a luxury car assembly line; bold feminist evocation through bitingly funny indictment of conservative patriarchal views, with a largely static camera focused on a naked lady; a tar-black, pungently satirical section featuring a smug broadcaster spewing fascist bile, counterpointed with grainy, evocative outdoor shots of the working-class; a group of men engaging in a freewheeling conversation – as the camera swivels back and forth like a machine gun, with Picasso’s Guernica in the background – on the bourgeoisie’s disdainful treatment of workers, and hence the need for a socialist revolution; and, in the film’s most fluid, freestyle segment captured using hand-held cam, a collective of freespirited university students, over a lively session, converting the Beatles song “Hello, Goodbye” into a revolutionary pop-anthem with ironic antitheses, like “You say Nixon, I say Mao” and so forth.