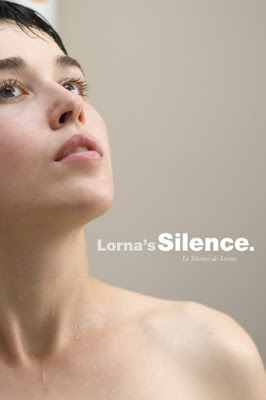 Coming right after their devastating portraiture of the nadir of desperation in L’Enfant, the Dardenne brothers – the proletarian chroniclers of the voiceless, the marginalized and the working-class, with their distinctive brand of gritty social realism – once again treaded on dark waters in the bleak and tragic Lorna’s Silence. With its thematic focus on lonely illegal immigrants who’re pushed to live outside the edges, and in its evocation of overpowering guilt – for inability to prevent an avoidable death, even if the death is neither mourned nor regretted by anyone except by the protagonist – reminded me of their fabulous and heart-breaking recent film The Unknown Girl. Lorna (Arta Dobroshi) is a striking Albanian woman who – coaxed by her boyfriend (Alban Ukaj) with whom she dreams of opening a café, and orchestrated by the shady, ruthless Fabio (Fabrizio Rongione) – has entered into a sham marriage with Claudy (Jérémie Renier), a junkie in need of money, in order to get Belgian citizenship. The plan’s to bump the pitiful Claudy off with drug overdose, as that would allow her to keep her citizenship and get hitched to a wealthy Russian in another fake marriage; however, upon seeing his desire to quit, she starts developing a soft corner for him; and her impassive existence is thrown off balance when she ends up sharing an unplanned moment of passion with him borne out of this growing tenderness. Some of the plot contrivances and the allegorical climax felt tad unlike the Dardennes; however, Doroshi’s superlative turn, her defiance to exit the inexorable cycle of exploitation she’s stuck in even if that may cost her everything, and all portrayed through steadfast minimalism, definitely made it a poignant watch.